Where the Money Comes From ($ Millions) 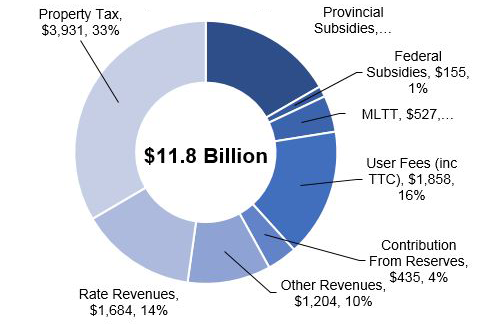 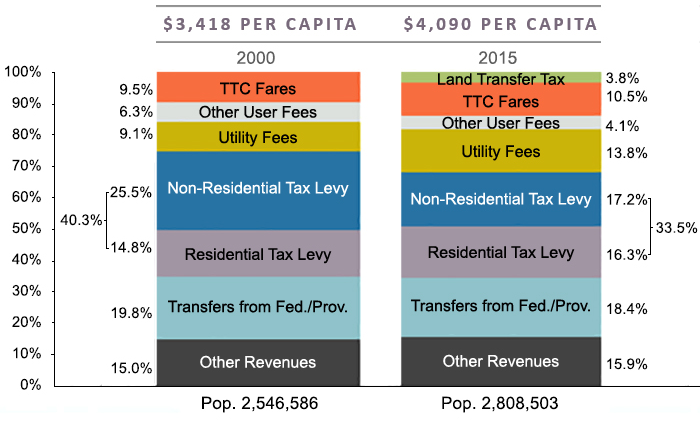 *The above is not an inclusive list or existing revenue sources, but an example of the types of revenues the City could collect.

What revenues or taxes can the City collect?

* A report to Executive Committee in December will have more detailed analysis. 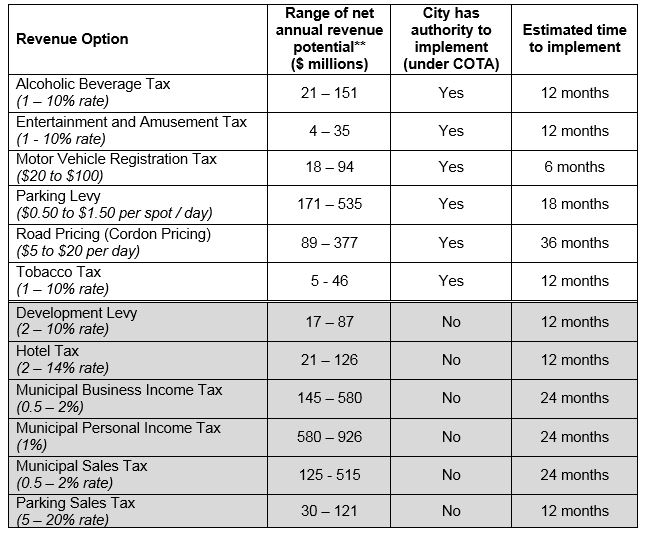 **These estimates may not reflect significant administrative complexities/costs. These details will be brought forward in the December report to Executive Committee.