Starting Monday, November 25, 2019, westbound Fleet Street between Bathurst Street and Iannuzzi Street will be permanently closed for all vehicles. The roadway will remain open for pedestrians and cyclists.

The intersection at Fleet Street, Bathurst Street, and Lake Shore Boulevard West has long been a problematic location in the City’s road network and for all modes of travel. The five-arm intersection is dangerous for pedestrians and cyclists, confusing for drivers and delays two streetcar lines.

To normalize the intersection and improve safety for all road users in the area, several City-endorsed reports recommended the permanent closure and future pedestrianization of westbound Fleet Street between Bathurst Street and Iannuzzi Street.

Permanently closing this portion of Fleet Street (about 200 metres) is a Vision Zero action that will not only improve road safety, but it will also normalize the irregular and often confusing intersection. The closure will shorten crossing distances for pedestrians and reduce vehicle turns and transit delays. Additionally, it will improve operating conditions for the 509 and 511 streetcars.

This closure is part of a long-term strategy to reconfigure the intersection and create a new public realm space in the area. Plans for a completely new intersection were approved as part of the Waterfront Transit Network Plan in 2018. 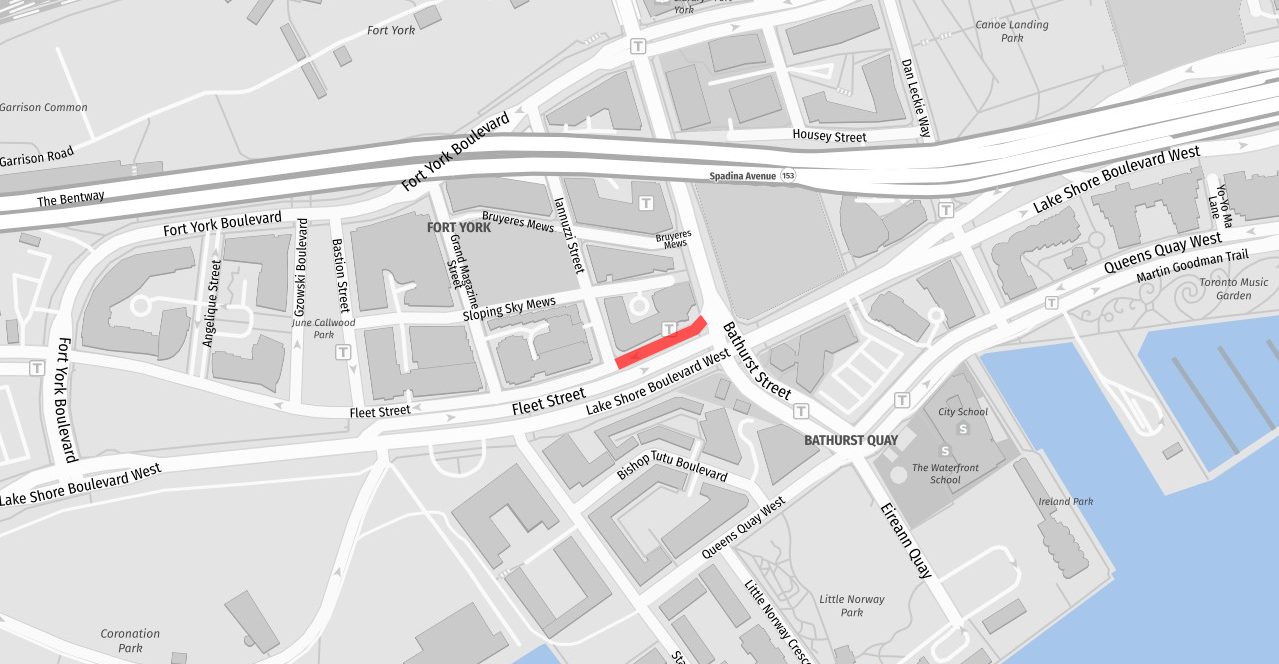