The City is improving Victoria Memorial Square Park, located at 10 Niagara St., near Portland Street. The park is a designated heritage site and is part of the Fort York National Historic Site and the King-Spadina Heritage Conservation District. The park improvements will be informed by feedback from the local community and stakeholders.

While we aim to provide fully accessible content, there is no text alternative available for some of the content on this site. If you require alternate formats or need assistance understanding our maps, drawings, or any other content, please contact Lara Herald at 416-394-5723. 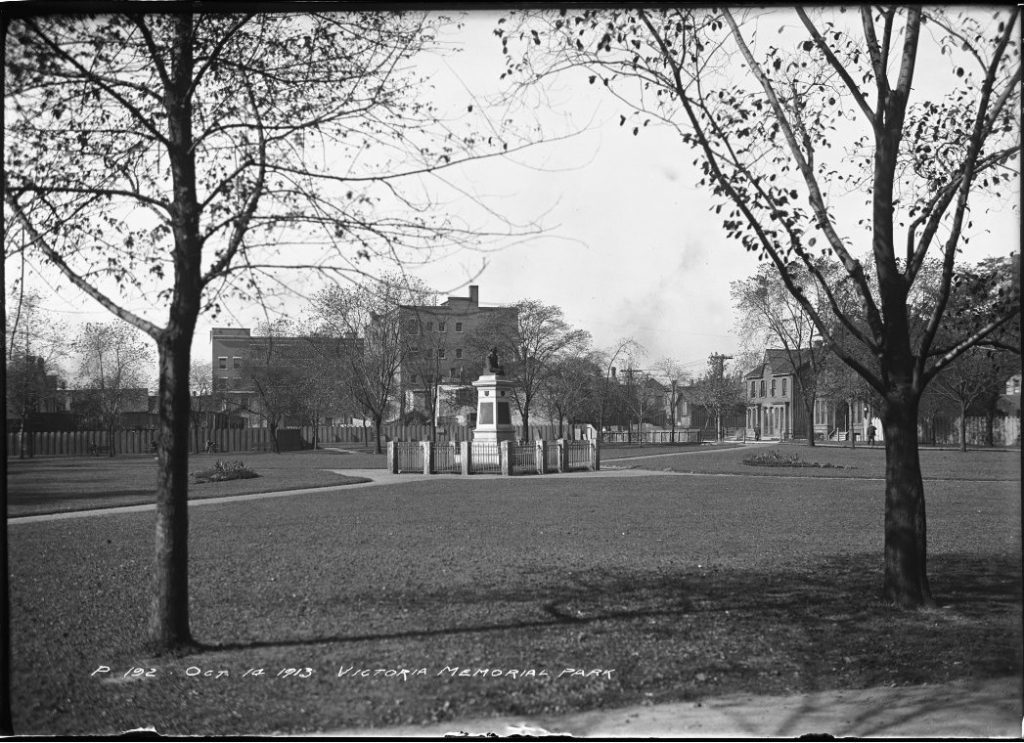 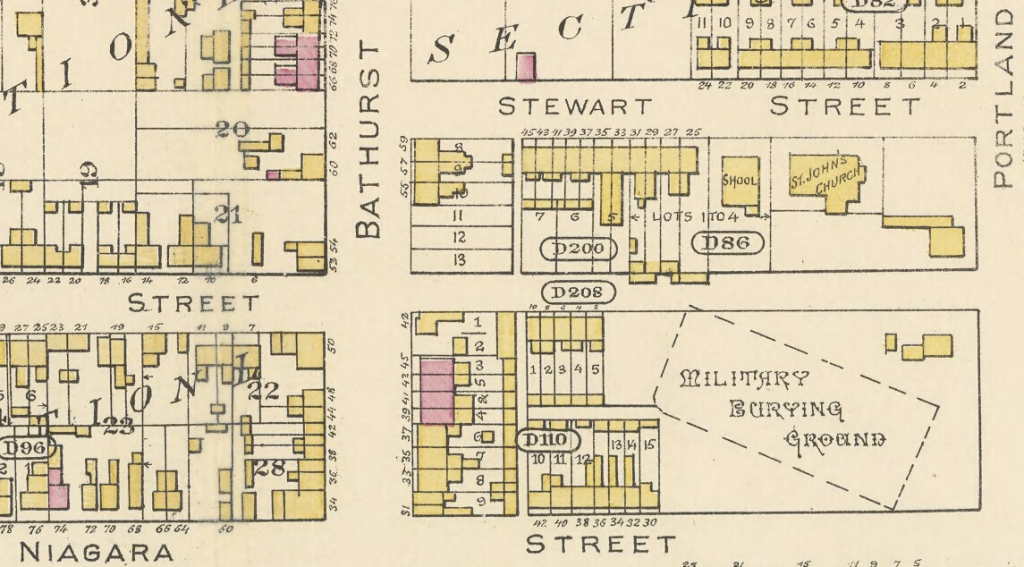 The 1884 Fire Insurance Plan that shows the original boundaries for Victoria Memorial Square and the military burial grounds.
Previous Next