Use the interactive Privately-Owned Publicly Accessible Spaces (POPS) Map to find over 170 locations of POPS sites in the city. 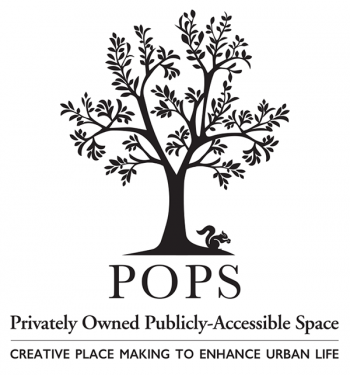 In order to provide this much needed open space within Toronto’s dense urban landscape, the City often negotiates with private developers to include Privately Owned Publicly-Accessible Spaces, or “POPS” for short, as part of the development application and review process. POPS are a specific type of open space which the public is welcome to enjoy, but remain privately owned.

POPS are a key part of the city’s public realm network, providing open space in much-needed locations across the city and complementing existing and planned parks, open spaces and natural areas.

The First POPS Plaque was officially unveiled in Concord CityPlace on July 31st, 2014.