As part of the Reimagine Galleria Master Plan, Wallace Emerson Community Recreation Centre and Wallace Emerson Park will undergo a revitalization and expansion in order to offer the community a more functional and inviting public space to gather for fun and play.

While we aim to provide fully accessible content, there is no text alternative available for some of the content on this site. If you require alternate formats or need assistance understanding our maps, drawings, or any other content, please contact Cristian Lukaszyk at 416-392-8156. 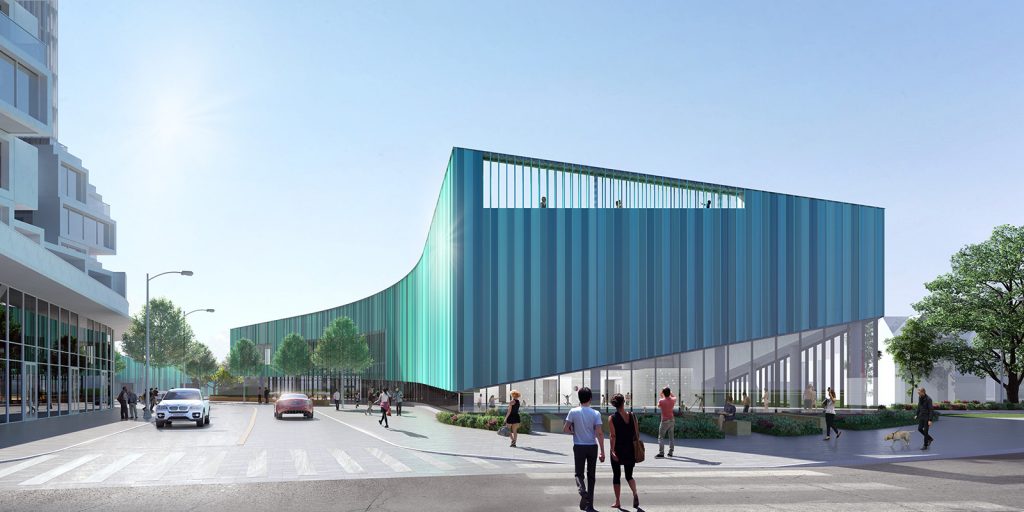 An artist's rendering of the view of the community recreation centre looking South along the new Diagonal Street from Dupont Avenue. 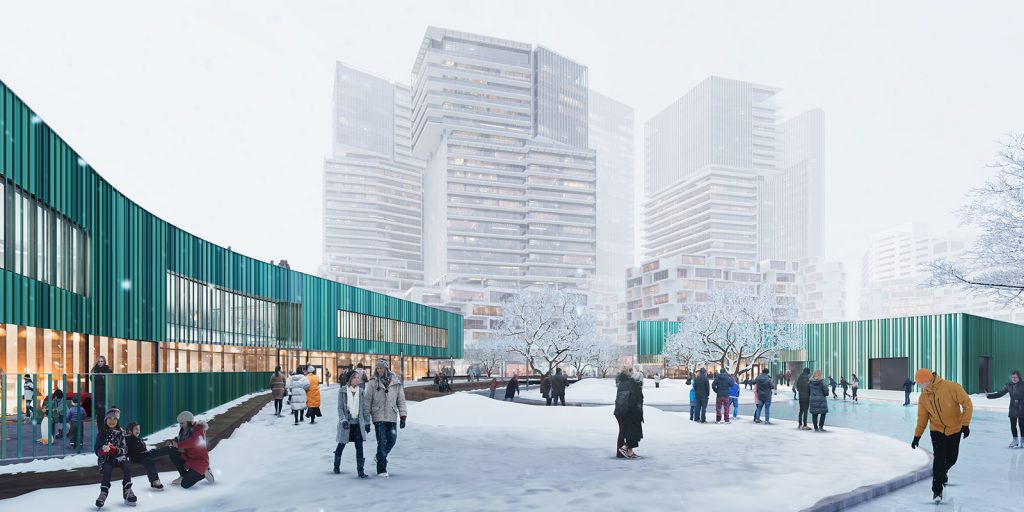 An artist's rendering for the Forum during the winter season, with the community recreation and childcare centre on the left and the Fieldhouse on the right. 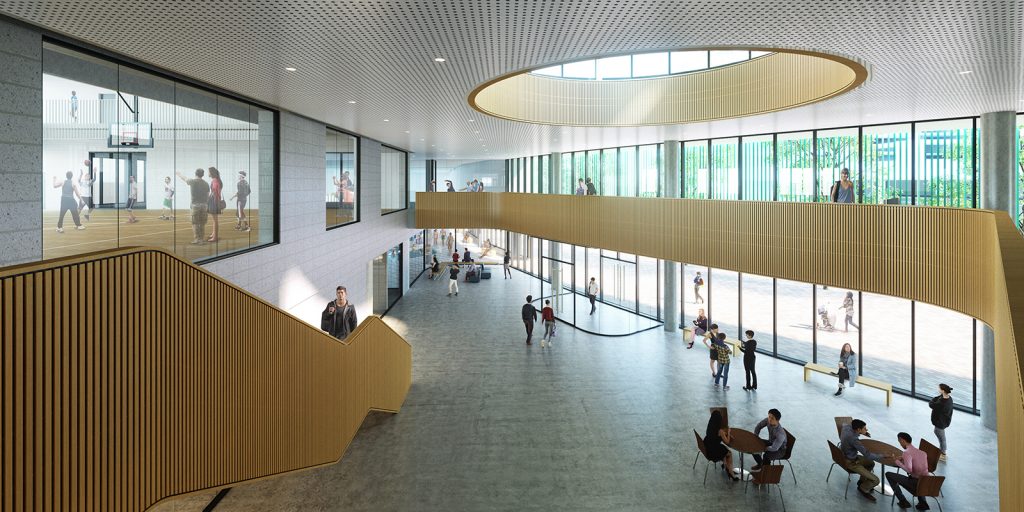 An artist's rendering of the community centre lobby looking north towards the new aquatics facility.
Previous Next