Hillside Drive is a unique street with a discontinuous roadway and has been described by its residents as East York’s hidden gem, an oasis in the city and feeling like a small town that is private yet open. Hillside Drive is currently the subject of a City Planning coordinated review for future streetscape improvements.

More information about the Council Decision can be found at the following link, as well as the Staff Report. 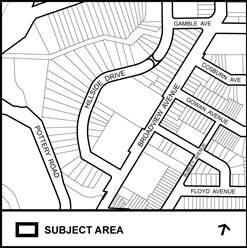