In October 2016, City Council directed the City Planning Division to initiate Official Plan Amendments for both the Railway Lands West and Railway Lands Central Secondary Plans, informed by community and stakeholder consultation, to provide a planning framework for park use over the rail corridor.

The subject site of the City-Initiated Official Plan Amendments includes the portion of the rail corridor between Bathurst Street and Blue Jays way, as illustrated below. 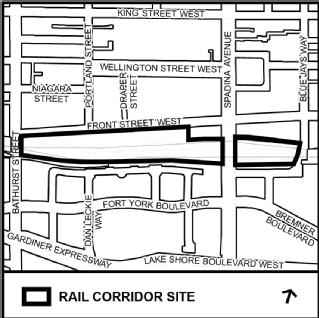