The City of Toronto is carrying out a Municipal Class Environmental Assessment (EA) Study to determine the design of new major streets and for the design, realignment and/or extension of some existing major streets identified in the Golden Mile area. The Study will complete Phases 3 and 4 of the EA process. The Study builds on the recommended infrastructure improvements identified in the Golden Mile Secondary Plan Study that was completed in 2020 and included the Golden Mile Transportation Master Plan (TMP) that completed Phases 1 and 2 of the EA process.

The EA Study area is bound by Bermondsey Road to the west, the Gatineau Hydro Corridor Trail to the north, Sunrise Avenue, Holswade Road, Comstock Road and Foxridge Drive to the south, and Kennedy Road to the east.

The EA Study will develop and evaluate design alternatives for these transportation network improvements and recommend preferred designs. All streets will align with the City of Toronto’s Complete Streets Guidelines and Vision Zero Road Safety Plan and promote safe and accessible designs for people walking, cycling, taking transit and driving.

The project team will seek feedback from the public and other stakeholders throughout the study. For more information on how to stay informed, visit the “Get Involved” tab. 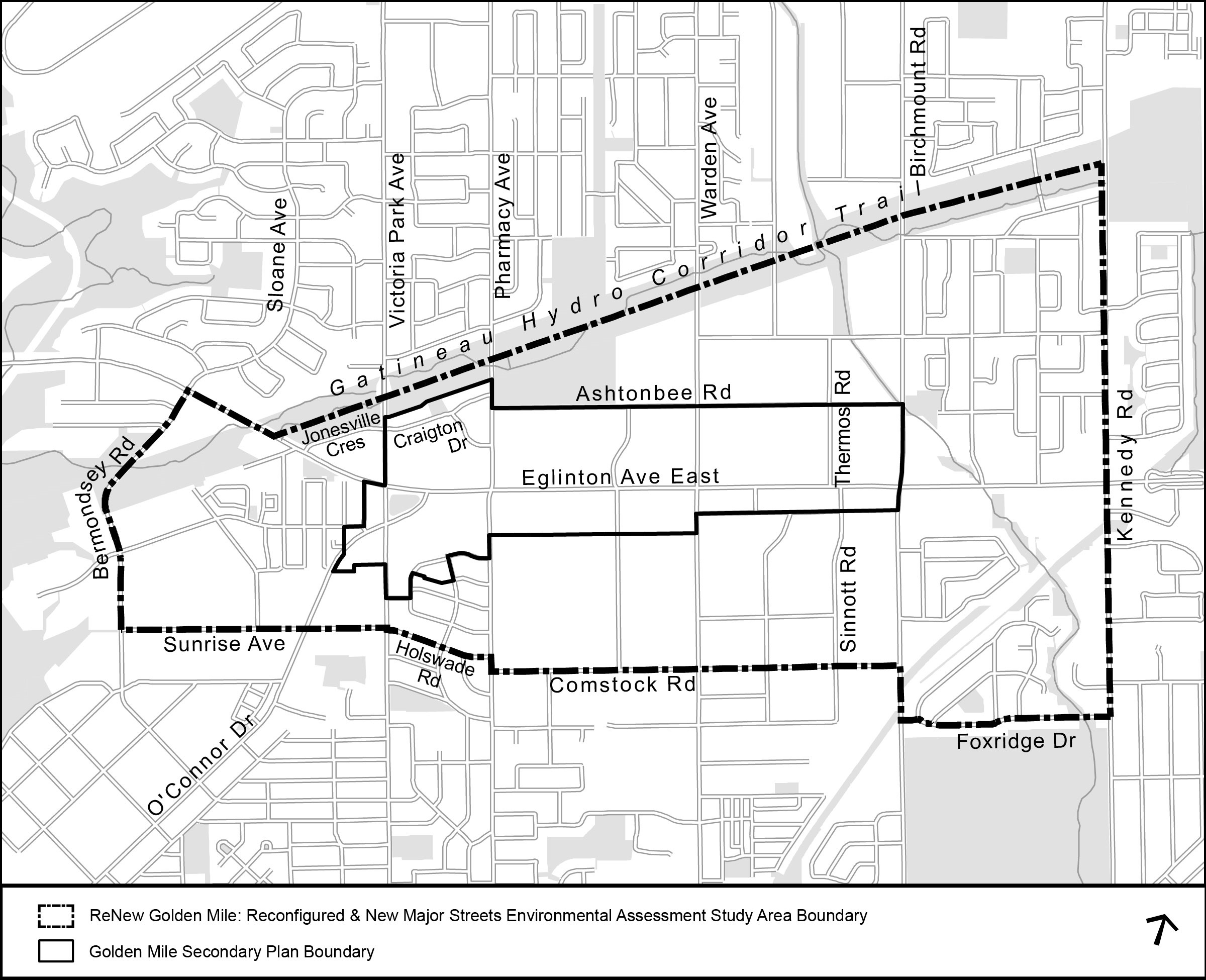 The project area is largely composed of single-family and multi-unit dwellings, major “big box” stores and other commercial/industrial properties (including manufacturing and processing facilities and retail), parkland (including Ashtonbee Reservoir Park), institutional (including Centennial College Ashtonbee Campus), as well as other infrastructure related uses. The project area also includes several key active transportation and transit corridors, including the Gatineau Hydro Corridor Trail (“The Meadoway”) and five stations of the future Eglinton Crosstown LRT.

Significant commercial and residential development is anticipated in the project area over the next 20 years, which would add up to 65,000 new residents and jobs.

The project team will be consulting the public and other stakeholders in two phases.

City staff will welcome public feedback during both consultation phases, which will be considered when refining options and making final recommendations.