Unlike other geographies like wards or dissemination blocks, the boundaries of these neighbourhoods change very infrequently over time, allowing researchers to perform longitudinal studies to see the changes in each area. Not all people define neighbourhoods the same way, but for the purposes of statistical reporting these neighbourhoods were defined based on Statistics Canada census tracts. 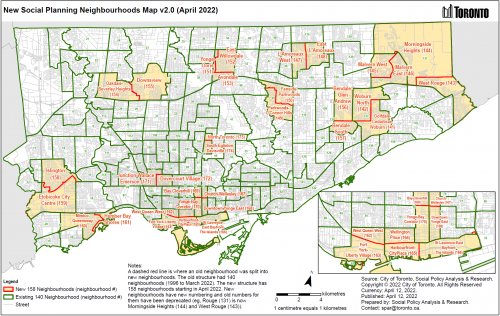