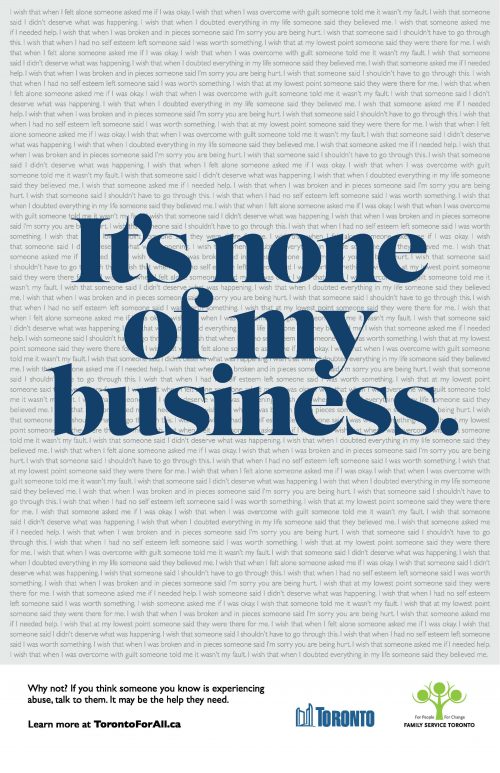 To close this web page quickly press Alt+F4 or Cmd+Q (Mac). Learn how to remove evidence of your visit to this page.

Talking to someone who is experiencing abuse, may be the help they need. It may help to talk to them just once or twice, or it may be doing it over and over and over again. Small, frequent and meaningful actions are effective. It’s important to understand that stepping in doesn’t have to be a drastic intervention. One in three Canadian women has experienced abuse at some point in their life. Addressing Intimate Partner Violence is everyone’s responsibility and friends, family members and coworkers all play an integral role in sharing that responsibility.

How This Campaign Is Different Than #MeToo or Sexual Assault Movements

The #MeToo movement is about raising awareness about sexual violence in the workplace, specifically in relation to actual incidents that have occurred. Sexual assault movements focus on intimate partner violence but they can also focus on sexual harassment and other issues that exist in relation to sexual assault. This campaign focuses specifically on intimate partner violence and how someone close to the person experiencing it can offer support.