Everyone wanted to do something to support the war effort. Even if you were not fighting or working in a war industry, you could still cut back on the use of precious resources. 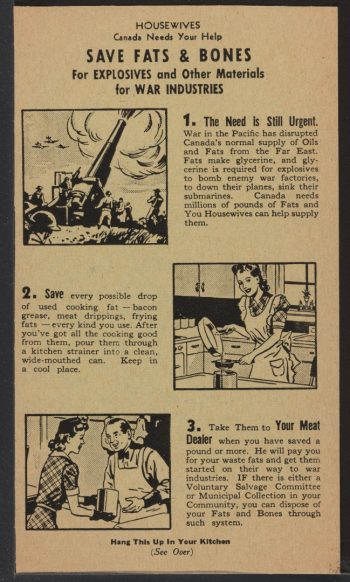 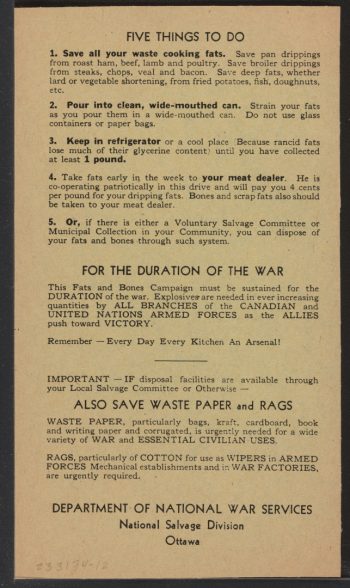 Rationing was imposed by the Wartime Prices and Trade Board. It started with gasoline rationing in April 1942, but was soon expanded to include coffee, tea, sugar, and beverage alcohol.

Fundraising was more appealing than rationing to most Canadians, who had a strong inclination for saving. Victory Bonds were popular and even children pitched in by purchasing War Saving Stamps. By the end of the war, Canadians had contributed an amazing $8.8 billion to help win the war.

Next page – Primed for Peace