What is the Bulletin?

The Profile Toronto bulletin “Housing Occupancy Trends 1996-2016” analyzes patterns in housing supply and demand over a twenty year period. It examines changing household characteristics and development trends and the impact they have on housing across Toronto. Toronto’s continued population growth combined with the evolution of housing types and household composition will lead to continuing changes in the city’s housing supply, demand and occupancy rates. The demand for different types of housing will be affected by the interplay of demographic change and social trends such as the timing of household formation and household composition, as well as changes in housing supply and the interaction between supply, price and affordability. Unaffordability remains a pressing issue.

To gain a better understanding of what types of housing will be needed in the future, the bulletin observes past housing demand patterns using the 1996, 2001, 2006, 2011 and 2016 Censuses of Canada and the 2011 National Household Survey. It examines the characteristics of households occupying the existing housing stock to determine potential challenges facing future housing demand and supply. What are the ages of the households? How does family composition affect housing? Has there been a shift in the demand for certain types of housing by households of a certain age and type? What does the rental and ownership landscape look like?

Occupancy Rates by Household Type by Dwelling Type, 1996 to 2016 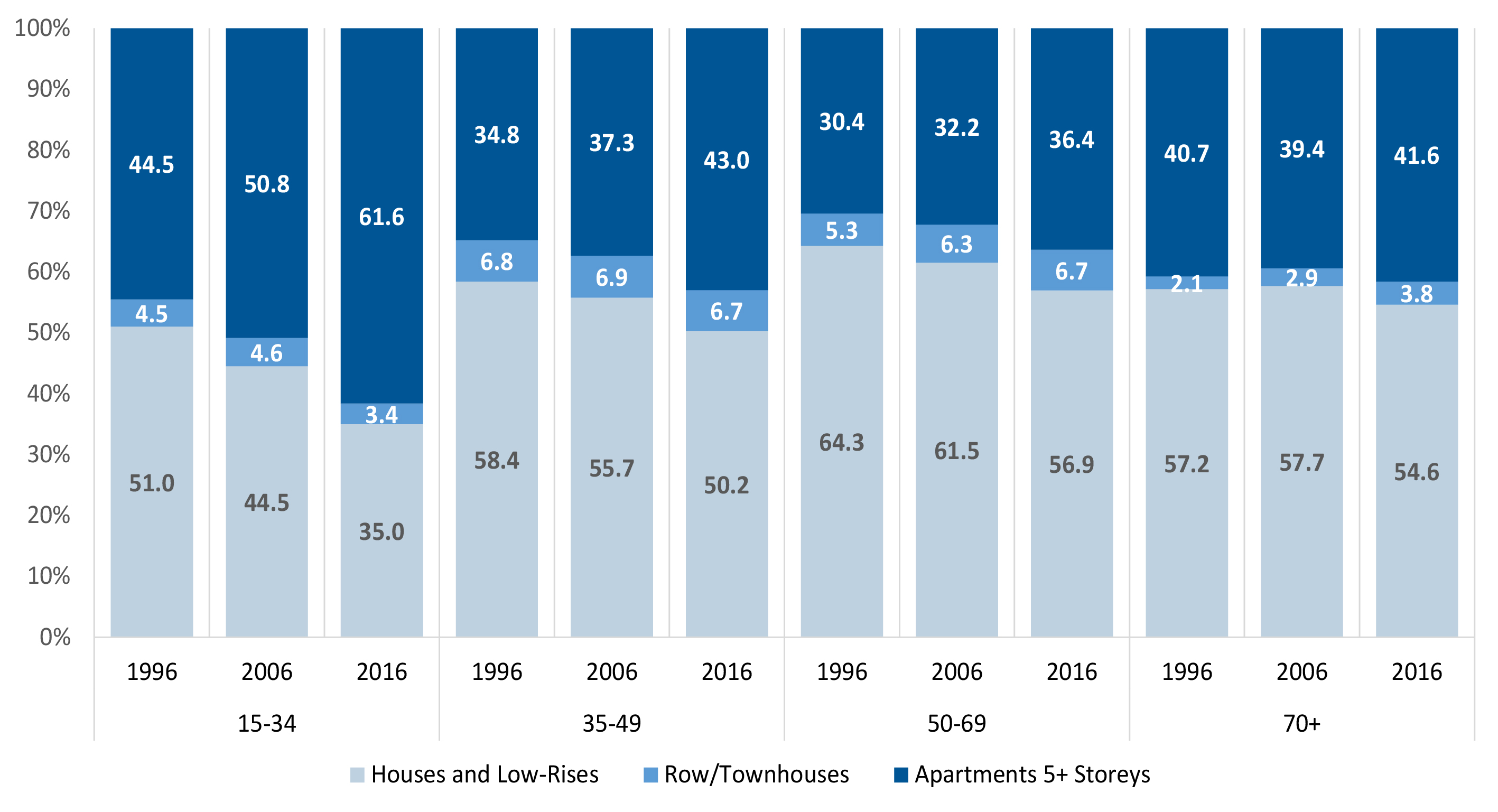