Learn more about the improvements coming to the Yonge Street Linear Parks during our second virtual public meeting on February 17, 2021, from 6:30 to 8 p.m. We will present preferred concept plans which are informed by the stakeholder and community feedback in November 2020.

While we aim to provide fully accessible content, there is no text alternative available for some of the content on this site. If you require alternate formats or need assistance understanding our maps, drawings, or any other content, please contact Nancy Chater at 416-338-5237 or Nancy.Chater@toronto.ca. 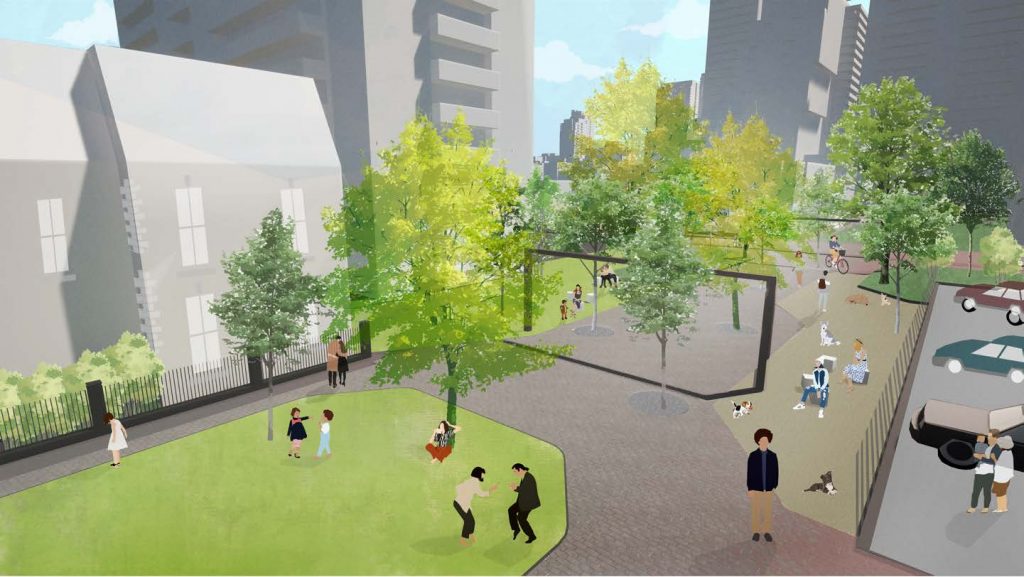 Artist rendering of an early Concept Plan option for Norman Jewison Park, looking south toward the dog relief area and entry forecourt from the Central Lawn. 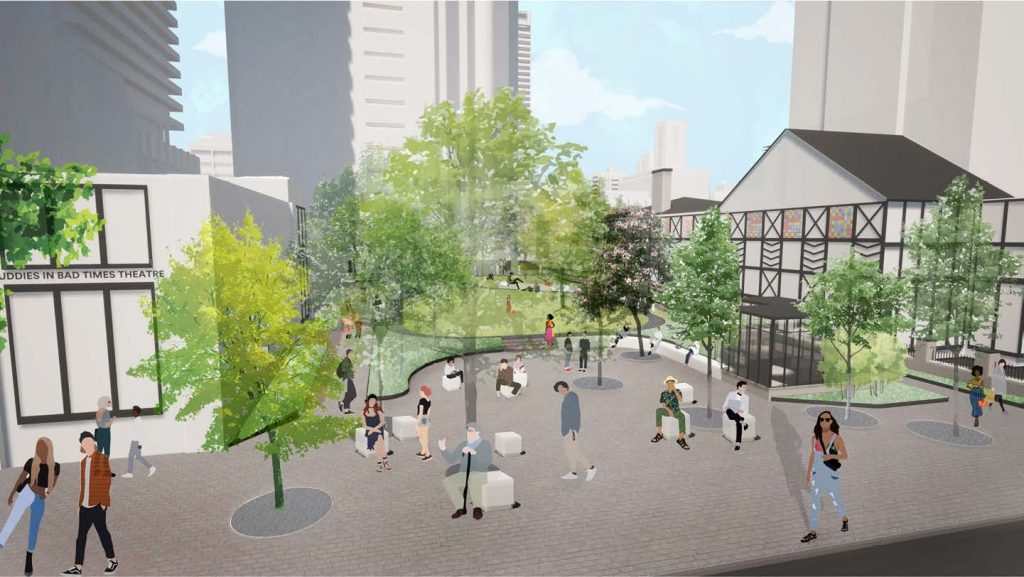 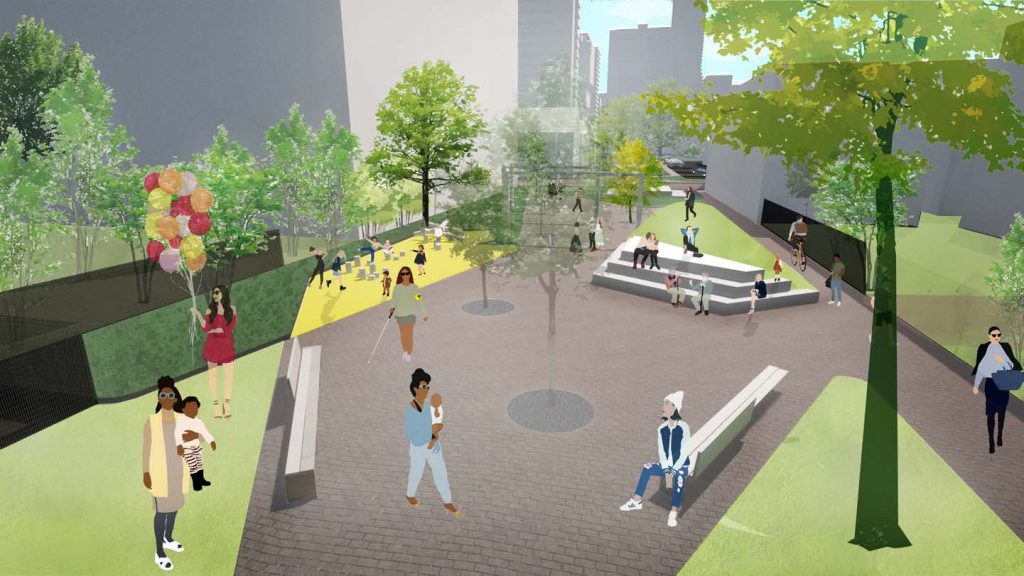 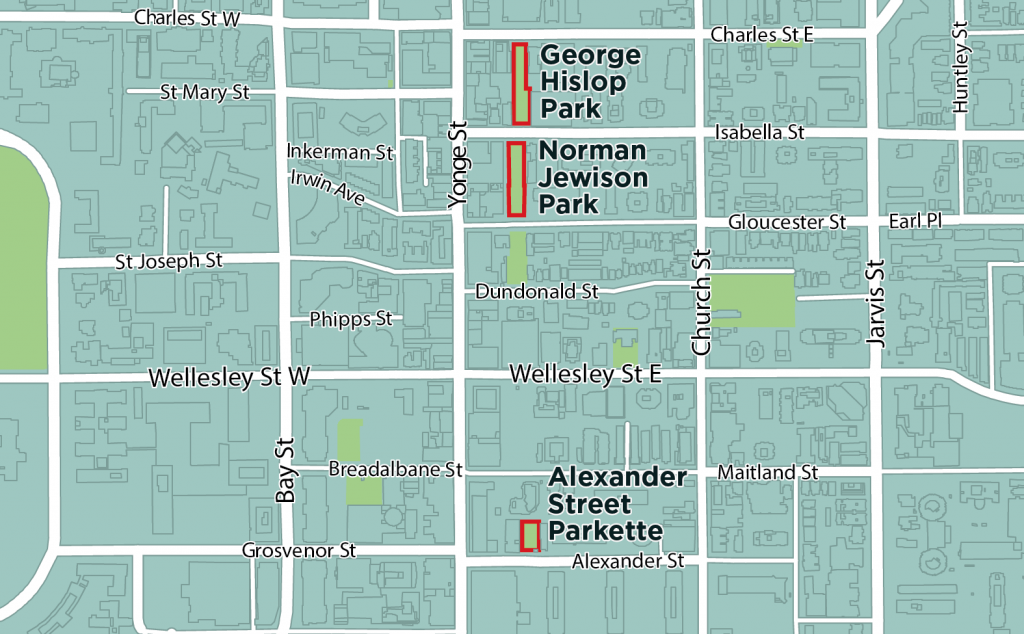