In 2023-2024, Scarborough Golf Club Road from Ellesmere Road to Lawrence Avenue East is planned to be reconstructed due to the poor condition of the road. Road reconstructions only happen every 50-100 years, so this is a once in a generation/lifetime opportunity to make changes to improve operations and safety for all users. The City of Toronto will also evaluate options for upgrades between Lawrence Avenue East and Kingston Road as part of this consultation process. 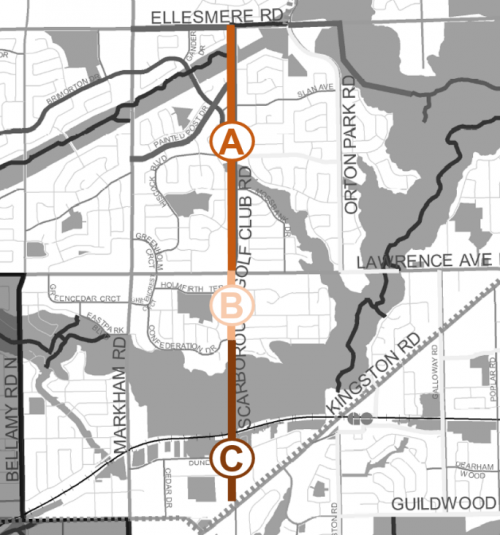 Scarborough Golf Club is not being reconstructed south of Lawrence, however, there is still an opportunity to improve safety and operations through ‘quick build’ materials that may include:

The City of Toronto is consulting with the public on Scarborough Golf Club Road and proposing changes to ensure the road reconstruction incorporates public feedback and aligns with City adopt policies.

There are a number of City policies that support making changes to the street including Vision Zero and the Cycling Network Plan.

Toronto’s Vision Zero Road Safety Plan is a comprehensive action plan focused on reducing traffic-related fatalities and serious injuries on Toronto’s streets. The Plan prioritizes the safety of our most vulnerable road users across seven emphasis areas through a range of extensive, proactive, targeted and data- driven initiatives.

Further, the current posted speed limit is 50 km/h, but the 95 percentile speed is 60-78 km/h, which poses significant safety concerns.

The City is exploring including bikeways on Scarborough Golf Club Road, as proposed in the Cycling Network Plan, as they would connect to several existing and planned bikeways and trails, including:

The City is seeking feedback on Scarborough Golf Club Road with a focus on road safety, cycling, walking and motor vehicle operations. The design process will focus on reducing the number of collisions, so that no one will be seriously injured or lose their lives in the future, and improve transportation options.

The part of a street that is not used for vehicle travel, and is between the roadway and the sidewalk. 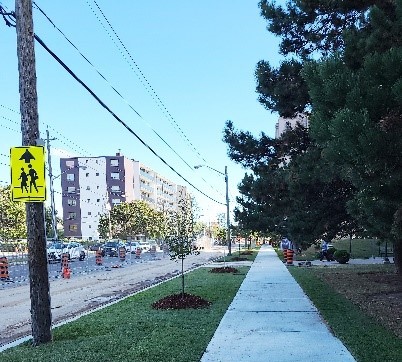 The strip of land between the lanes of opposing traffic on a divided roadway. 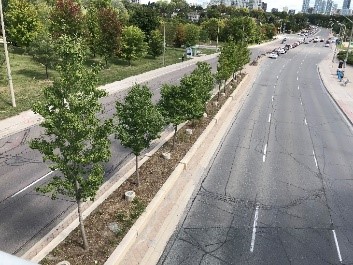 The location of transit stops is generally guided by the safety and comfort of transit users, spacing between stops, and nearby intersections and land uses. 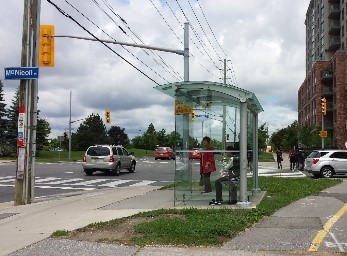 These allow large vehicles to navigate the curb without striking fixed objects or other road users, while creating slower turns for smaller vehicles. 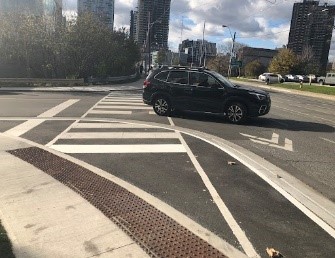 Vertically separated from motor vehicle traffic, and may be at the level of the adjacent sidewalk or combined with a parking lane or other barrier from the roadway. 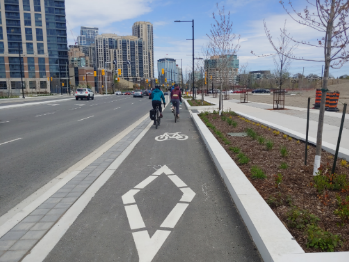 Cycle tracks are physically separated from motor vehicle traffic by curbs or bollards, but at the same level as the road. 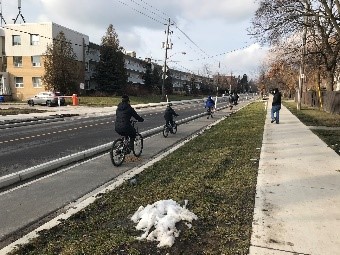 A protected intersection is a design where the bikeway remains separated, where enhanced measures mitigate the conflict between people cycling, people walking and drivers turning. 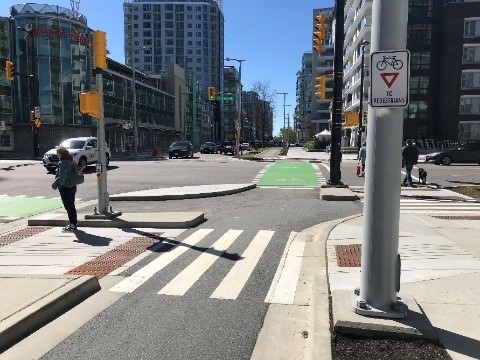 Green infrastructure allows for runoff water from the street to be naturally filtered and slowed down before entering the sewer system. 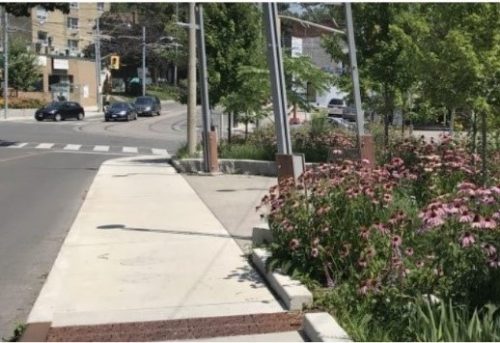 The City of Toronto is seeking your feedback and lived experience with Scarborough Golf Club Road from Ellesmere Road to Kingston Road. In this first public meeting, staff will provide an overview of existing conditions and facilitate a discussion with the attendees about strengths, weaknesses, challenges and opportunities of the street.

Decisions on the roadway changes will be made by considering public input, City policies and programs, and technical requirements.

This is the first of two planned public consultations. You will receive another notice about the next round of consultation in the spring of 2022. The second public meeting will discuss proposed designs based on the public input received in the first public meeting. Following public and stakeholder consultation and subject to approval from City Council, the City of Toronto plans to install the proposed changes, beginning in 2023.

The second public event will take place in spring 2022. Details to come. Check this page regularly for updates.

Want to be added to the project list? Send an email to Dominic.Cobran3@toronto.ca

Need assistance? While we aim to provide fully accessible content, there is no text alternative available for some of the content on this page. If you require alternate formats or need assistance understanding our maps, drawings or any other content, please contact us at 416-338-2986 or email Dominic.Cobran3@toronto.ca.