The eglintonTOday Complete Street project is an interim strategy that will achieve elements of the Eglinton Connects Vision and aims to make travel on Eglinton Avenue safer, more inviting, and attractive for everyone. The project proposes to implement complete street features, including bikeways and public realm upgrades on Eglinton Avenue between Keele Street and Mount Pleasant Road, by reassigning the existing road space to accommodate vehicular traffic, parking, bikeways, seasonal patio extensions, art installations and other neighbourhood and cultural events.

This work is being coordinated with the Eglinton Crosstown station design and construction currently being delivered by Metrolinx. 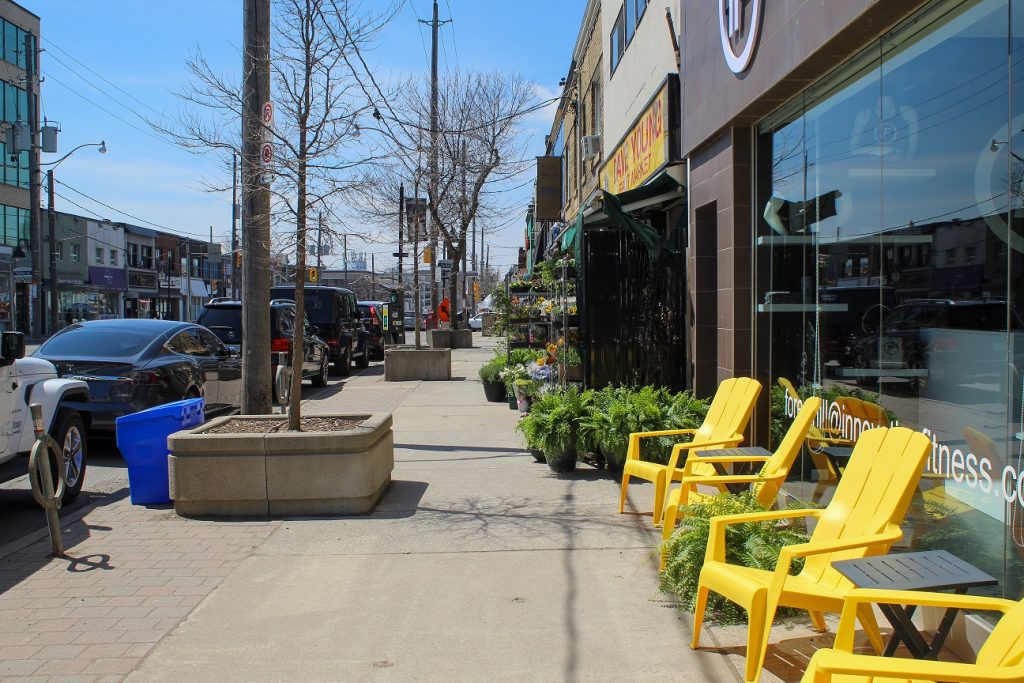 Yellow chairs in front of business on Eglinton Avenue near Tarlton Road. 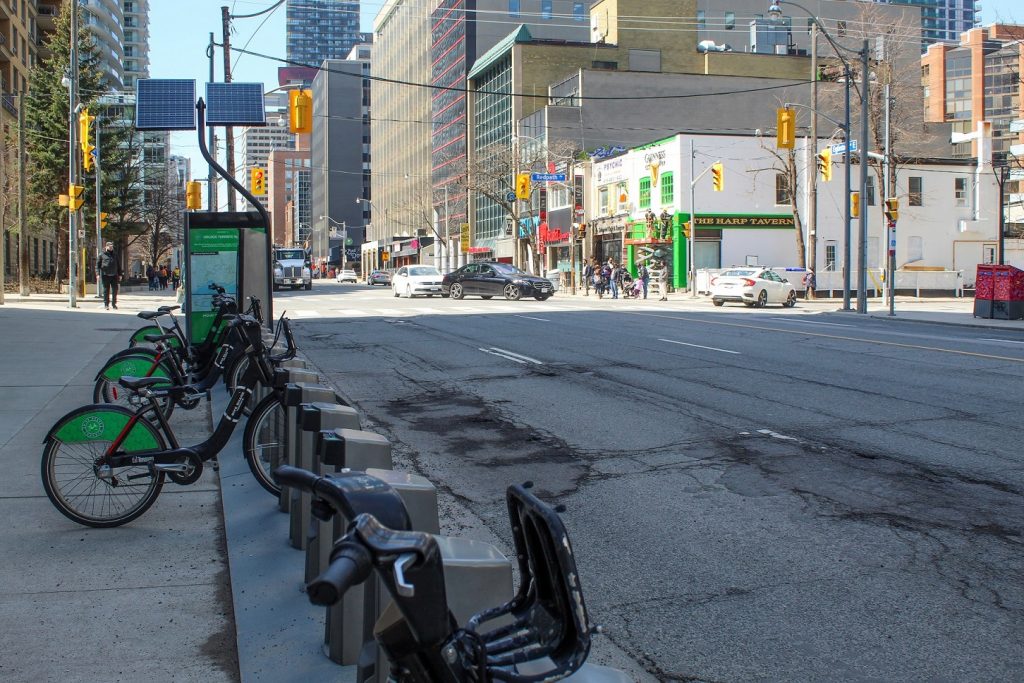 Bicycles parked on the side of a street. 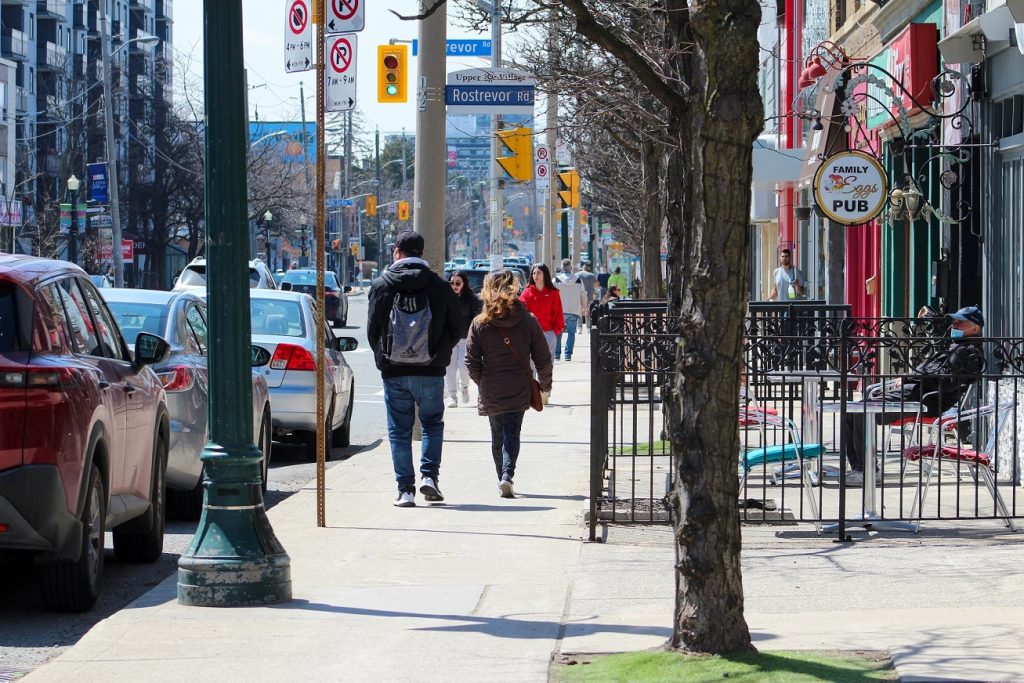 People walking on the sidewalk travelling west on Eglinton Avenue at Rostrevor Road. 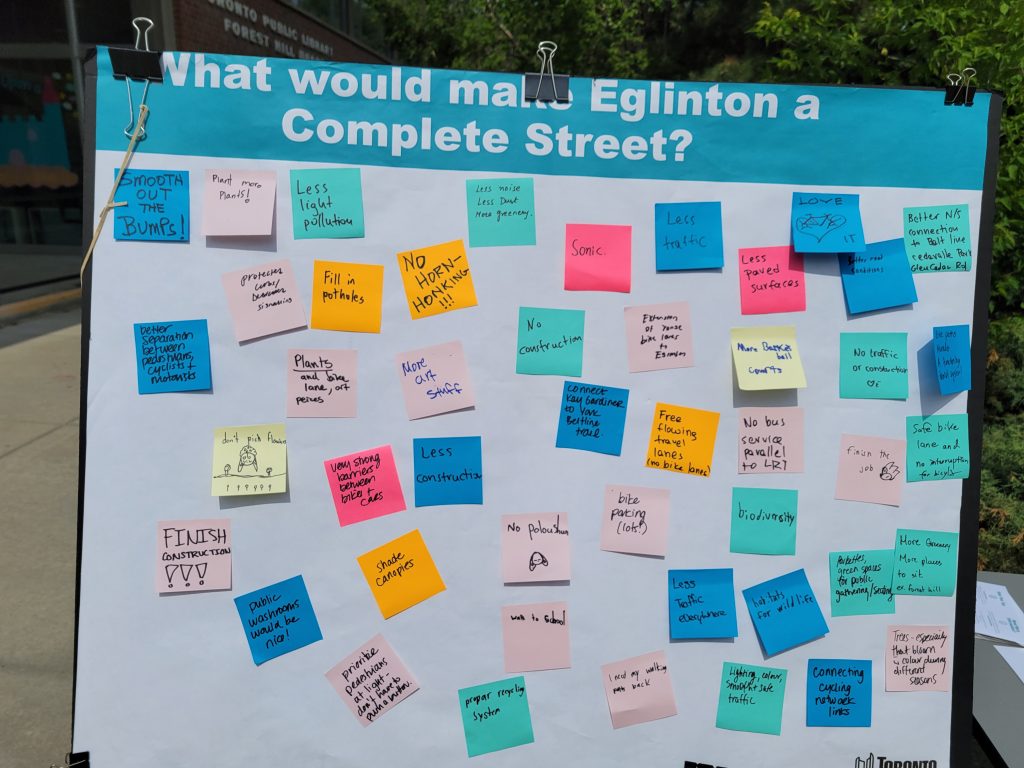 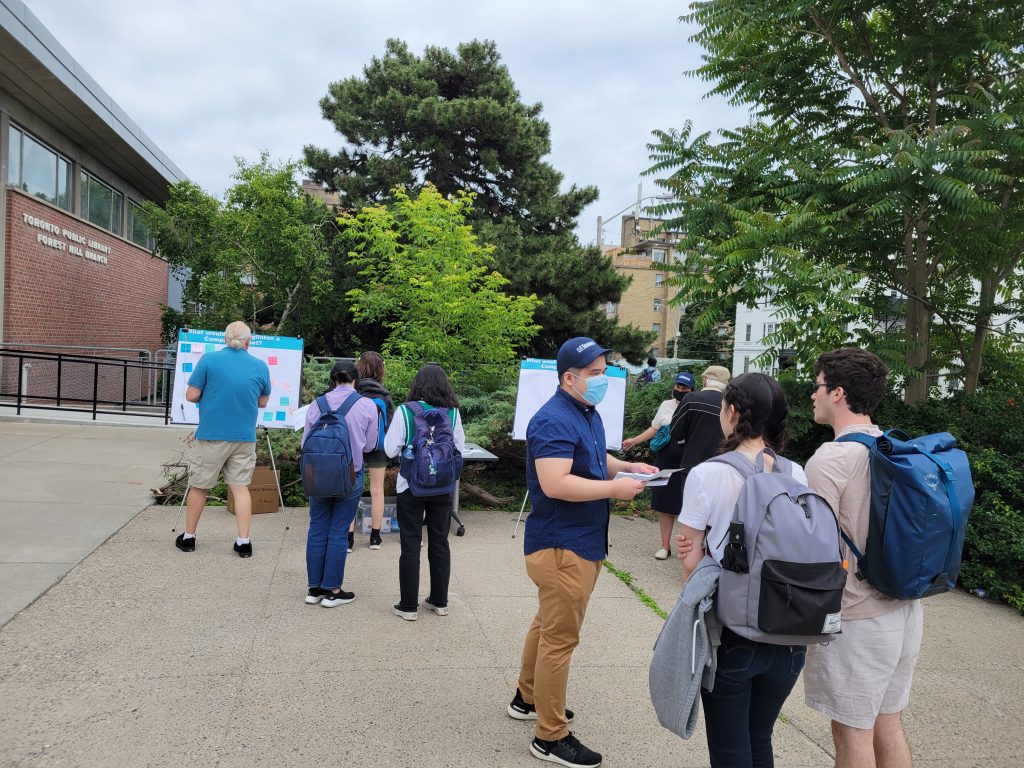 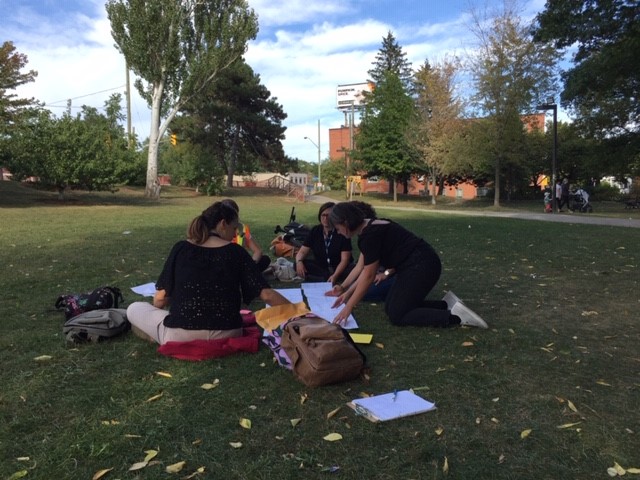 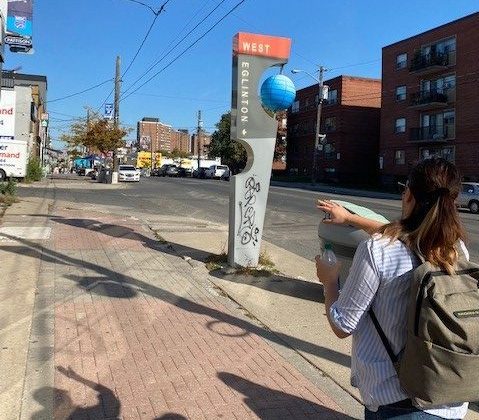 Stay up to date on key milestones and opportunities to get involved.