The City is improving cycling infrastructure near the York University Keele Campus and in the Downsview Neighbourhood. This will provide bike connections to Downsview Park, the Black Creek Ravine system and major transit stops and stations on TTC Line 1 and the future Finch LRT. In June 2018, Toronto City Council approved the installation of the proposed cycling routes for the York University and Downsview Cycling Connections project. The next steps will see the installation of the cycling facilities in stages. Installation began in August 2018 and will continue through 2019. Please refer to the News and Updates tab for the latest information.

The Toronto and Region and Conservation Authority will be upgrading the Black Creek Trail at Shoreham Drive beginning in April 2019, with work to be completed in September 2019 (timing subject to change due to weather).

The scope of work includes the construction of a 130 metre by 3 metre wide paved trail, which will improve trail conditions and active transportation connections in the area. To ensure public safety, the section of trail within the limits of construction will be closed for the duration of the work.

In June 2018, Toronto City Council approved the installation of the proposed cycling routes for the York University and Downsview Cycling Connections project. The next steps will see the installation of the cycling facilities in stages, starting in August 2018 and continuing into 2019. A section of the Shoreham Drive portion of this project, from the Pond Road to the Black Creek Bridge, is slated to be installed in late August 2018.

The Shoreham Drive cycle tracks will provide a significant new route for cyclists travelling to and from the campus and connecting with the Black Creek Trail. 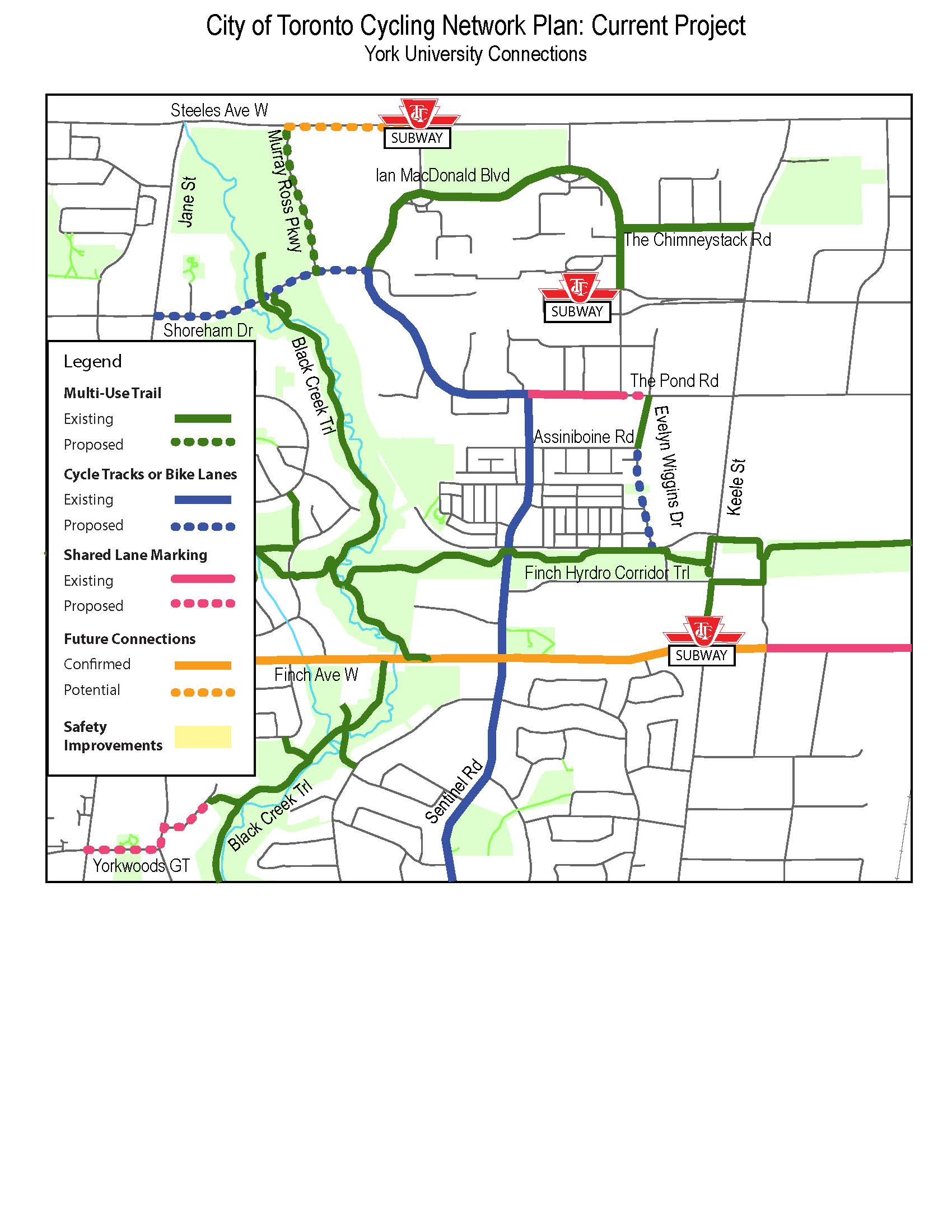 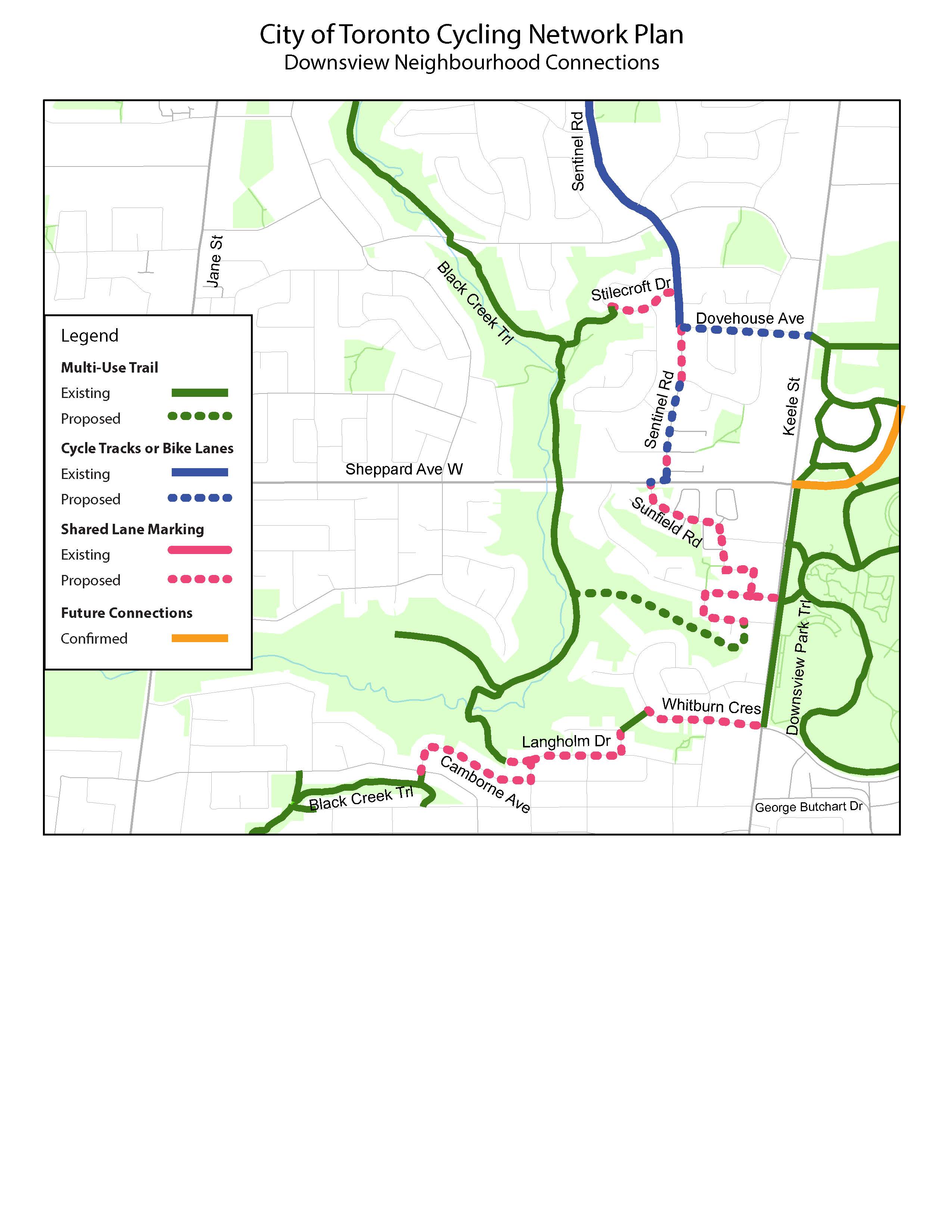 The City’s Council-approved Cycling Network Ten-Year Plan identifies existing, planned, and proposed cycling facilities across Toronto. The cycling facilities near York University and in the Downsview Neighbourhood will be partially supported by federal funding, which requires that they must be constructed in 2018.

The City is looking at a number of new cycling routes in both neighbourhoods, including bike lanes, sharrows, and boulevard trails. The bike lanes listed below are proposed, and City staff will need approval from Council before constructing these facilities. The sharrows listed below are planned, and City staff can move forward to construction without Council’s approval on these individual routes. The project team is seeking feedback on both the proposed and planned cycling routes and designs to ensure they meet the needs of the community.

The City hosted three public drop-in events for this project in Winter 2018:

How will the public be involved?

The City is planning a number of public consultation events in Winter 2018 to provide information on the proposed cycling routes and gather feedback.

Check this web page for updates, or email us to be added to the project mailing list for updates: Andrew.Plunkett@toronto.ca

What is the expected construction schedule?

The City is currently consulting on the proposed cycling routes with stakeholders and the local community. City staff will then recommend these routes to City Council for approval before moving into construction. The City is hopeful that construction will begin in 2018 and be completed in 2019.