The City is improving cycling infrastructure near the York University Keele Campus and in the Downsview Neighbourhood. This will provide bike connections to Downsview Park, the Black Creek Ravine system and major transit stops and stations on TTC Line 1 and the future Finch LRT. In June 2018, Toronto City Council approved the installation of the proposed cycling routes for the York University and Downsview Cycling Connections project. The next steps will see the installation of the cycling facilities in stages. Installation began in August 2018 and will continue through 2021. Please refer to the tabs below for the latest information.

From July to December 2021, the City of Toronto will be constructing new multi-use pathways and dedicated bikeways in the York University area.

For more information, please see the project design and construction notice below: 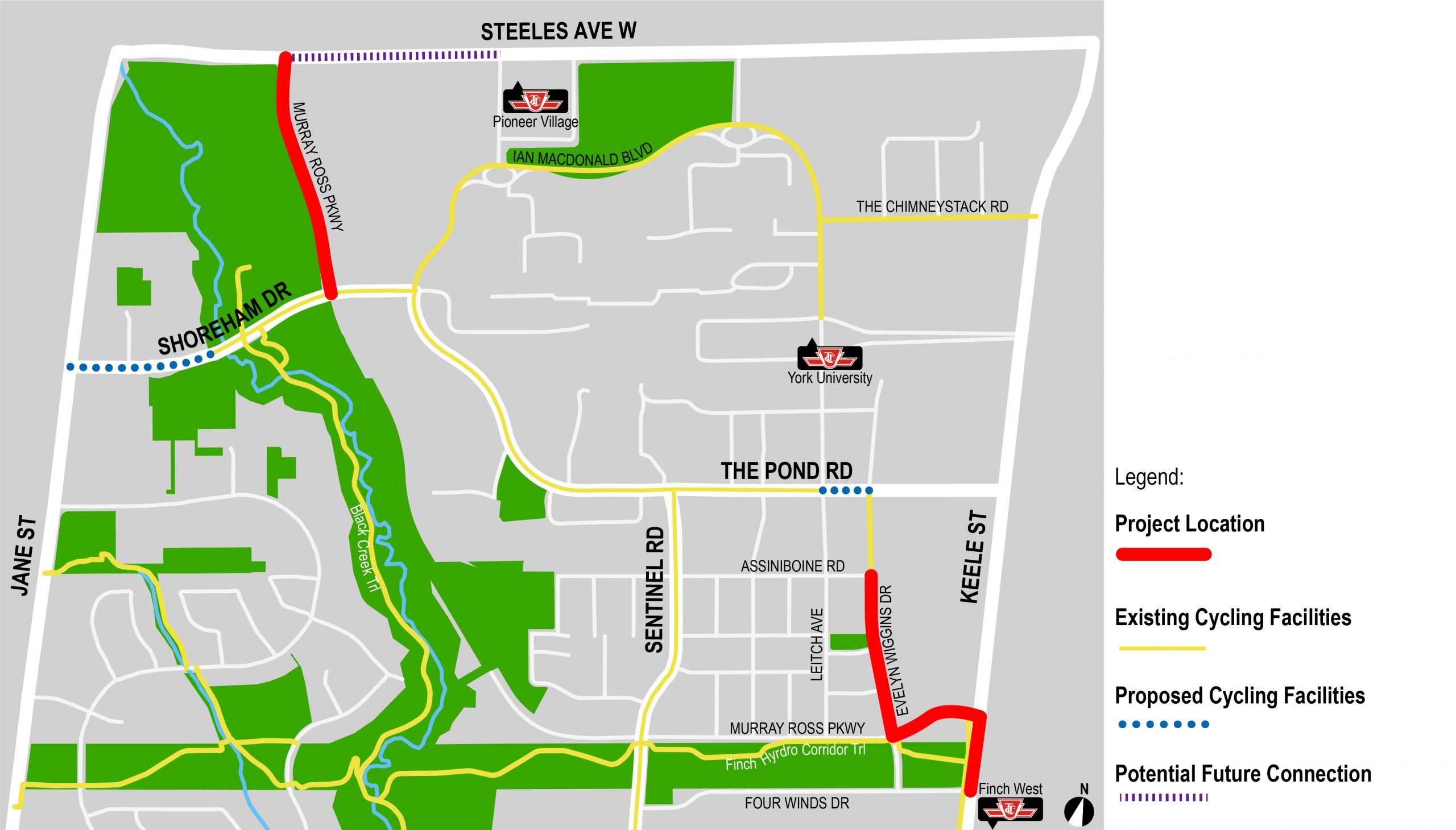 From September to December 2021, the City of Toronto will be constructing sidewalks, bike lanes, and multi-use trails in the Downsview area. 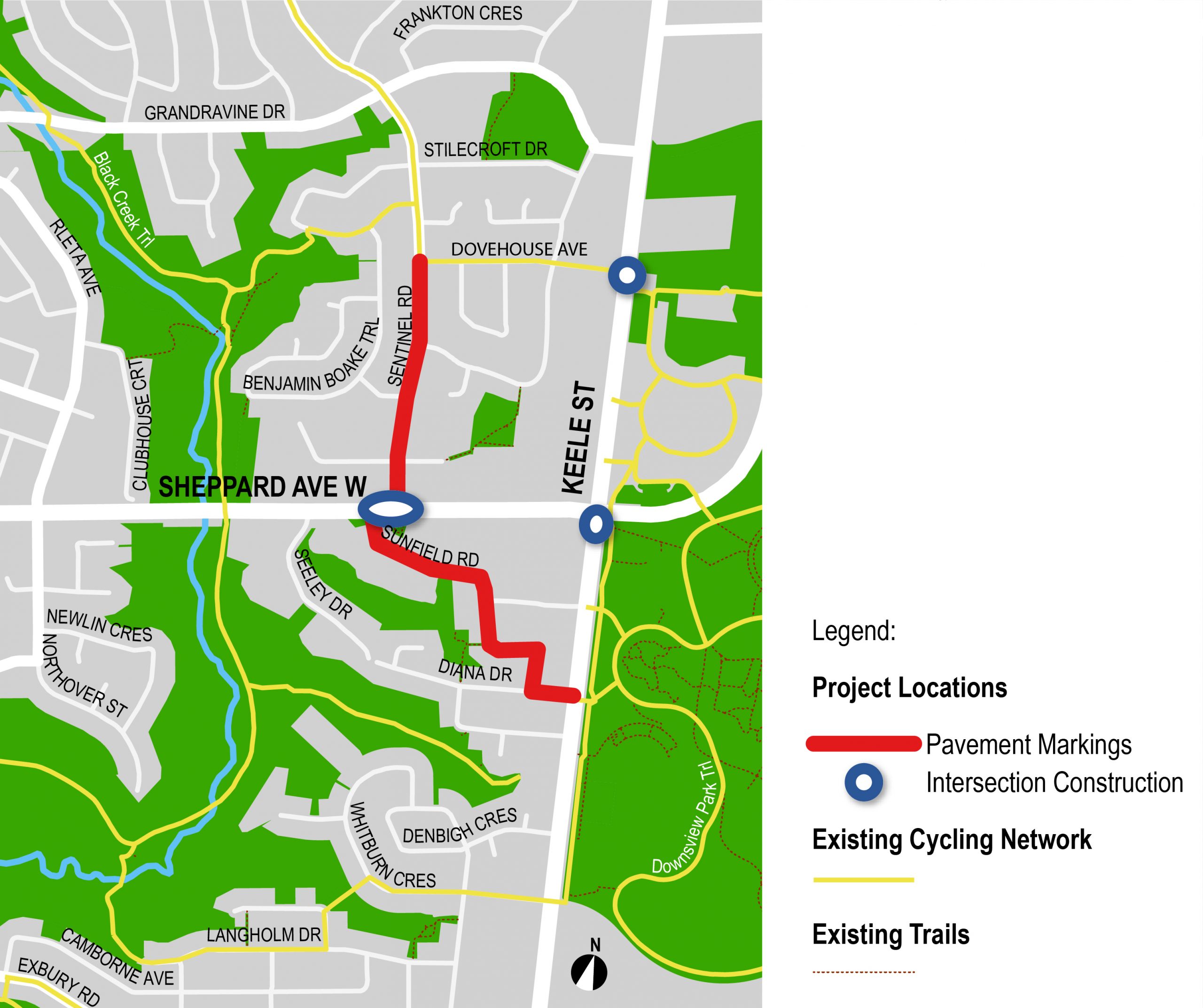 The City’s Council-approved Cycling Network Ten-Year Plan identifies existing, planned, and proposed cycling facilities across Toronto. The City is installing a number of new cycling routes in both neighbourhoods, including bike lanes, sharrows, and boulevard trails.

The City hosted three public drop-in events for this project in Winter 2018. You can find more information in the public consultation report below:

If you have any questions about the project, please contact Ryan Lo, Sr. Public Consultation Coordinator, at Ryan.Lo2@toronto.ca.