This award was created in 2003 to honour the contributions made by a person(s) or non-profit organization whose efforts have made significant contributions to the well-being and advancement of the Urban Indigenous Community of Toronto. Mino Bimaadiziwin, “living the Good Life”, is a part of being for Indigenous persons. The successful recipient will have lived up to Mino Bimaadiziwin and promoted this inside and outside of the community. This could be specific to areas such as health, housing, governance, human rights, culture, values, and or self-determination. 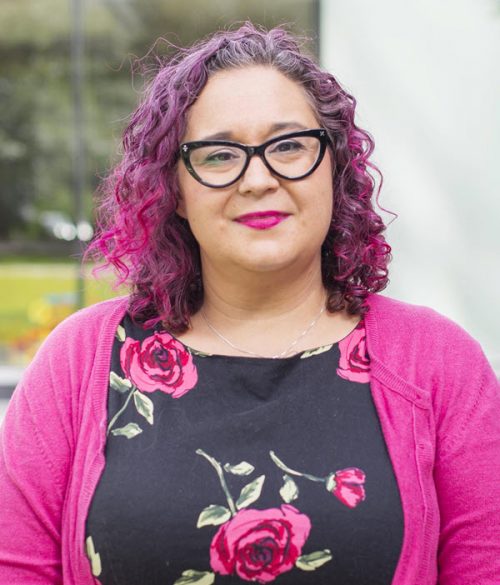 Dr. Ruth Green is an activist, academic and volunteer with a demonstrated track record in leadership through her work as an anti-violence advocate, researcher, community-based educator and published scholar. Dr. Green identifies as an urban Indigenous person and is a citizen of the Haudenosaunee Confederacy. She is from the Mohawk Nation and a member of the Turtle Clan. In addition to her role as a professor at York University’s School of Social Work, she has served as co-chair of the university’s Indigenous Council and as Special Advisor to the President on Indigenous Initiatives, as well as volunteers to mentor Indigenous students.

During her tenure as board chair at the Indigenous Friends Association, the tech start-up developed an innovative app that provides culturally respectful support to postsecondary Indigenous students across the country. The organization also developed award-winning coding boot camps for Indigenous and non-Indigenous youth to create dialogue around truth, reconciliation, and Indigenous resurgence while learning essential STEM skills.

Dr. Green has also volunteered with Aboriginal Legal Services for more than 16 years, serves on the board of Native Child and Family Services and is a member of the City of Toronto’s Aboriginal Affairs Advisory Committee. A sought-after speaker, trainer, and group facilitator on a range of disability, human rights, and transformative justice issues, she has built relationships with diverse groups such as Black Lives Matter Toronto, YWCA Canada, No One is Illegal, Social Planning Toronto, and Newcomer Women’s Services Canada.

The award is open to residents of Toronto or non-profit organizations that provide a program or service for Indigenous residents. Preference will be given to person(s) with lived experience as an Indigenous person.

Examples of contributions include services or advocacy work on issues such as: