Established in 1979, the Constance E. Hamilton Award was named after the first woman member of City Council elected in 1920. The Award recognizes a person who has made a significant contribution to improving the social, economic, cultural and political status of women and gender non-conforming people in Toronto and who has encouraged others in their efforts to achieve equality and to remove barriers.

The women members of Toronto City Council select the recipient(s) of the Constance E. Hamilton Award for Women’s Equality. 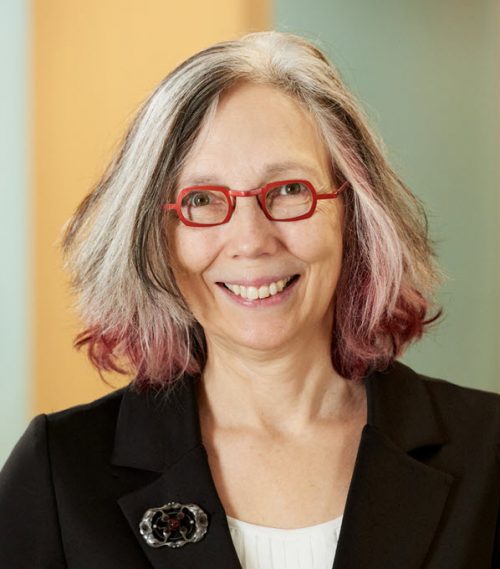 Cathy Lace is a lawyer and advocate who has dedicated her career of over 40 years to advancing equity issues. Her legal work focuses on the complex field of pay equity where she is a pioneer and a leader in the fight for equal pay for work of equal value.  Pay equity is crucial to advancing equality for women; it recognizes and rectifies pay gaps between work that is performed by women and work of equal value performed by their male colleagues but paid at a higher rate.

Underpaid women across the province have benefited from Cathy’s work. She approaches every case intent on achieving equity and diversity goals, and in countless cases has defended employees and professionals facing discrimination in its many forms. A champion of women lawyers at Goldblatt Partners, the labour and employment firm where she works in Toronto, and a role model for women across the legal profession, Cathy was the only female partner in her workplace for years. She was the first person at Goldblatt to take a pregnancy leave at a time when they were an anomaly in Toronto law firms and she spearheaded the development of progressive pregnancy and parental leave policies designed to keep younger women in the firm and in the profession.

Cathy is also the Board Chair of ProArteDanza, a repertory contemporary dance company that strives to reach the widest possible audience through an open, equitable and inclusive culture, which fosters artistic risk-taking, innovation and collaboration.

The award is open to residents of Toronto who have demonstrated exceptional leadership to advance the empowerment and inclusion of women and gender non-conforming people in Toronto.