The Pride Award for 2SLGBTQ+ (Two-Spirit, Lesbian, Gay, Bisexual, Trans, Queer plus) inclusion was established in 2003 to mark the 30th anniversary of Toronto City Council’s decision to adopt a human rights policy to provide protection on the basis of sexual orientation. 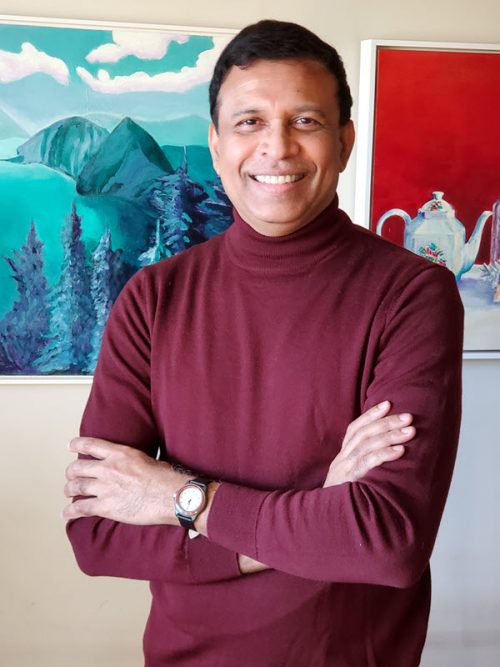 Ranjith P. Kulatilake is a community builder and advocate for equality and 2SLGBTQ+ rights. Since fleeing persecution from his homeland of Sri Lanka, Ranjith has dedicated his life to helping those who escaped discrimination, abuse and torture because of who they are. His work has aided hundreds of newcomers facing significant barriers coming to Canada, now living in Toronto.

In his role at The Neighbourhood Group Community Services, Ranjith leads the Rainbow Connect LGBTQ+ newcomer support program, which has grown into one of the agency’s most successful and innovative services. He has helped hundreds of people in the program achieve a successful refugee claim by offering advice, letters of support, moral support and expert witness during the arduous and retraumatizing process. Understanding the needs and barriers of his participants, Ranjith expanded the program to include a peer-led cooking program, feeding 90 participants each week and offering valuable leadership, employment and volunteer opportunities. Ranjith also garnered donations for the development of a 2SLGBTQ+ Newcomer Emergency fund where participants are able to access funding for immediate necessities such as food, transportation and phone service.

Ranjith is engaged in ongoing advocacy, ensuring that LGBTQ+ newcomers have prioritized access to health and mental health services based on their vulnerability. He has volunteered on a number of community advisory bodies, including the City of Toronto’s 2SLGBTQ+ Council Advisory Body and the Ontario Council of Agencies Serving Immigrants’ Positive Spaces Initiative. As an academic and advocate, he has presented at countless conferences and has developed an impressive body of research.

The award is open to residents of Toronto or non-profit organizations that provide a program or service for Toronto residents. Preference will be given to person(s) with lived experience as part of the 2SLGBTQ+ community.

This award honours the contributions of person(s) or non-profit organizations that have made a significant or ongoing contribution to the well-being, advancement and inclusion of Two-Spirit, lesbian, gay, bisexual, trans and gender non-conforming people communities (2SLGBTQ+) in Toronto.