The City of Toronto’s “Be Safe” campaign aims to remind all road users – pedestrians, cyclists, motorcyclists and drivers – to exercise caution, stay alert and obey the rules of the road as traffic volumes continue to rise and now that many students have returned to school.

The campaign, which advances the education component of the City’s Vision Zero Road Safety Plan, features a series of messages that promote awareness of the rules of the road, especially as they relate to cycling infrastructure, and remind residents to take extra safety precautions.

As part of the City’s response to the COVID-19 pandemic, approximately 40 kilometres of new on-street bike lanes have been installed as cycling continues to increase in popularity. The campaign aims to educate the public on how to safely interact with the different types of cycling infrastructure and encourages all road users to share the road.

The campaign also aims to remind drivers and cyclists to stay vigilant, slow down and obey traffic and speed signs, especially now that schools are back in session. The campaign includes messages on how to be safe around school buses, pedestrian crossovers, school zones and intersections and encourages residents to consider active transportation modes wherever possible.

The campaign will run until October 31. It is currently being featured on bus backs, transit shelters, billboards, in addition to radio, print and social media ads.

Below are the creatives used in the campaign. 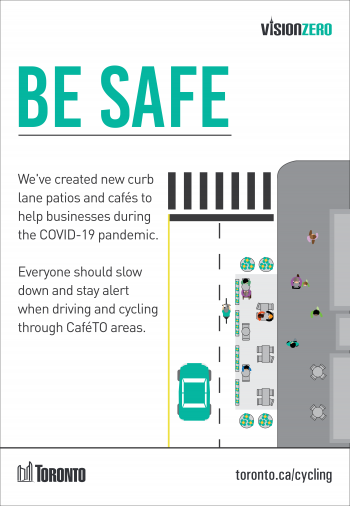 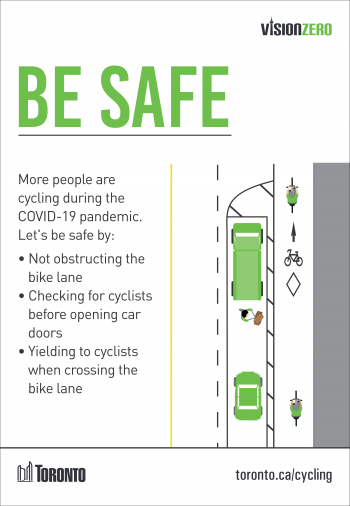 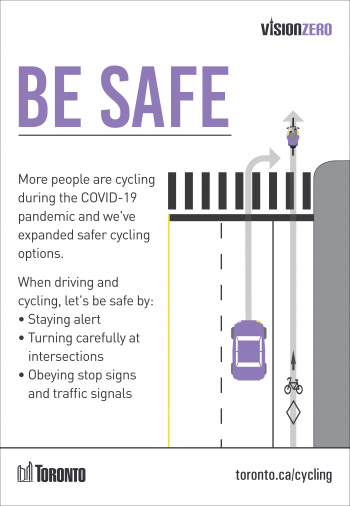 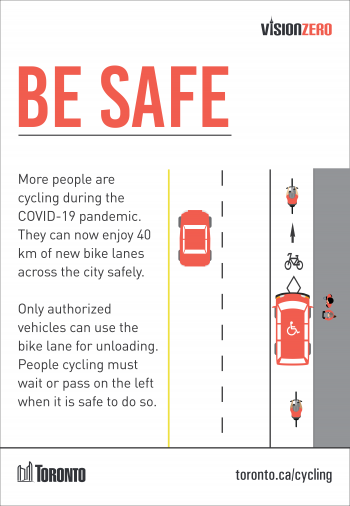 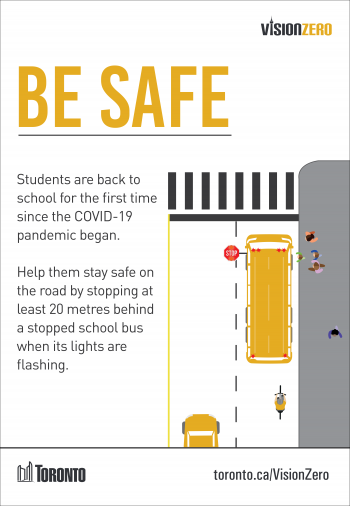 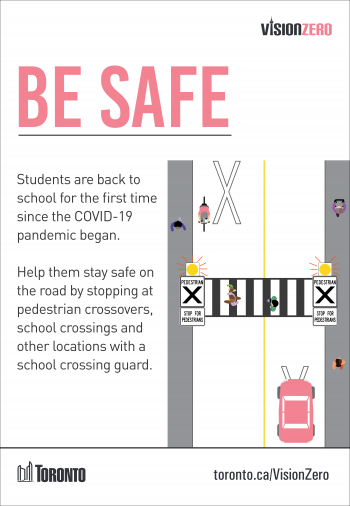 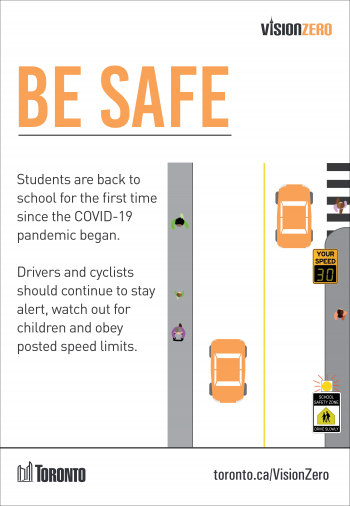 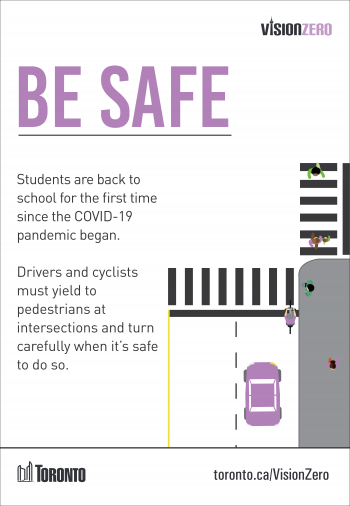