The return to standard time means fewer daylight hours and reduced visibility for all road users in the city. In Toronto, pedestrian collisions increase by more than 30 per cent during the evening commute hours from November to March.

To draw attention to the increased risks facing pedestrians and cyclists, the City launched a city-wide public education campaign that promotes road safety as we enter a season with reduced daylight hours. The campaign intends to remind Torontonians, especially drivers, to be aware of each other as they share the city’s roads.

The campaign will run from November 1 until December 18. It will be featured on transit shelter ads, billboards, taxi tops, in addition to radio, print and social media ads. The campaign will also appear in high-volume parking garages throughout the city.

When visibility is reduced, people and objects on the road are harder to see. The City is asking drivers to follow the following safety tips after the return to standard time: 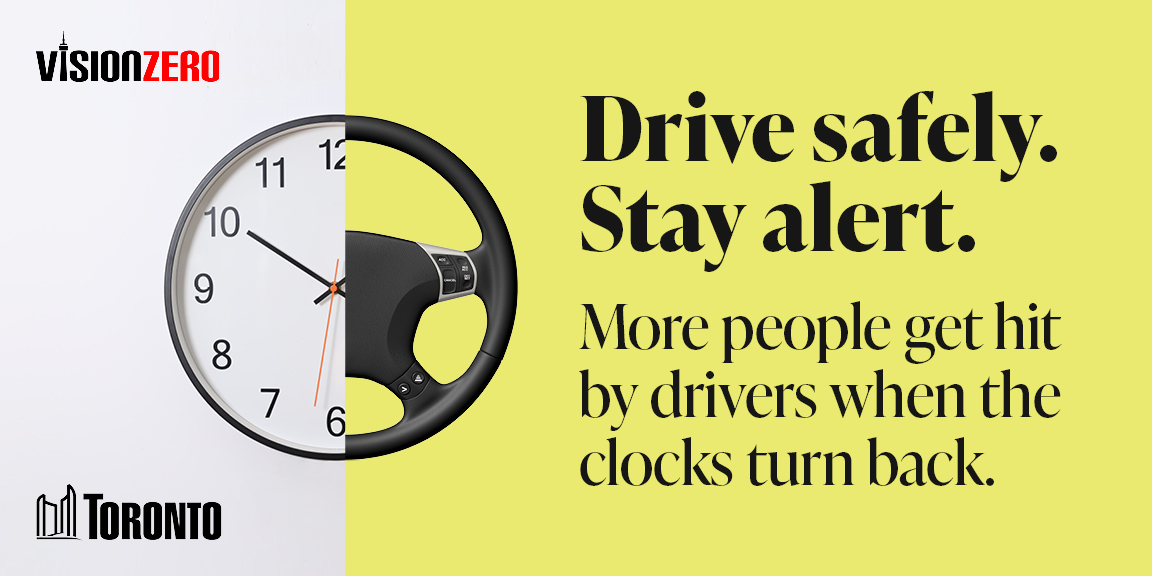