The City’s 2019 Inventory on community-wide greenhouse gas (GHG) emissions – which measures the emissions from energy use in buildings, transportation and waste – indicates that GHG emissions in Toronto were 38 per cent lower in 2019 than in 1990. 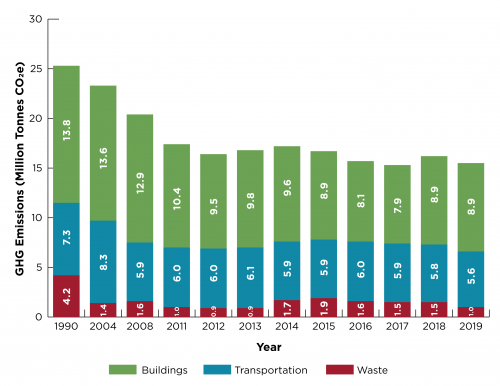 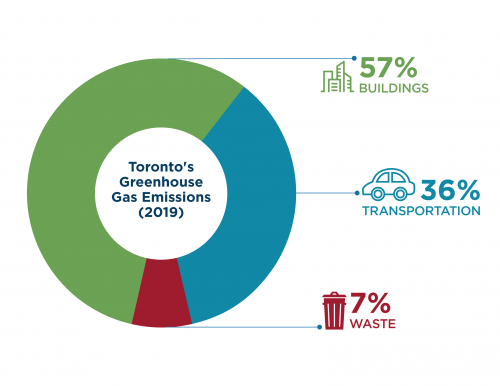 Reporting on community-wide greenhouse gas emissions annually is part of the City’s commitment to address climate change and inform the development of its climate strategy and policy. Read more about the 2019 GHG Inventory.

Toronto’s “A List” Score on GHG Accounting and Action Reporting

As a Global Covenant of Mayors signatory, Toronto has been disclosing its GHG emissions inventory and its climate mitigation and adaptation actions annually to the Carbon Disclosure Project (CDP) in order to share Toronto’s progress and benchmark against other cities facing similar challenges.

As we reported in the 2018 GHG Inventory Report, for the third year in a row, the City of Toronto is recognized on the 2020 Carbon Disclosure Project (CDP) Cities “A” List for its leadership and transparency on climate action. Toronto is one of 88 cities globally to receive an “A” rating. The CDP Cities “A” List for 2021 will be updated later this year.