This week, the City of Toronto is beginning a pilot to test the collection of dog waste in street litter bins. The first phase of the pilot will last three months and includes ten bins adjacent to parks and in areas with a high concentration of dogs. One compartment on each of the pilot bins has been converted to accept dog waste. These compartments are labelled with stickers and should only be used to dispose of dog waste.

A pilot bin can be found near each of the following locations:

The new street litter bin pilot also supports the City’s efforts to reduce recycling contamination in public space bins. Toronto has had success with similar programs in the past, including the installation of green bins in parks with dog off-leash areas. This program has diverted 450 tonnes of organic material since it began in 2018.

If the first phase of the pilot is successful, the initiative will expand to 30 bins for an additional three months and then to 100 bins for another six months. 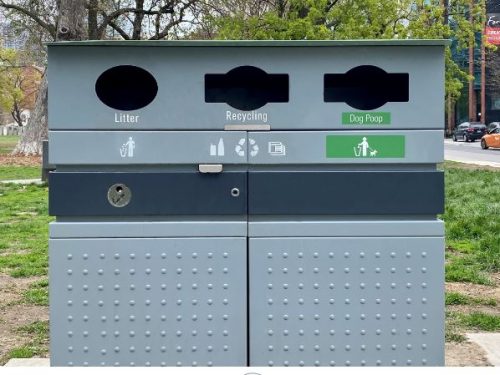 For street litter bins where there is not a compartment for dog waste, residents are asked to dispose of it in the garbage or take it home and put it in their green bin. Dog waste should never be put in the recycling. Any bag can be used for dog waste; it does not have to be compostable.

More information about organics disposal is available at https://www.toronto.ca/services-payments/recycling-organics-garbage/houses/what-goes-in-my-green-bin/.

“I encourage residents who see these new bins to use them when they are out with their dogs. This type of initiative is a great example of how our City is always looking for innovative ways to make it easier for our residents to help keep our streets clean and keep materials out of landfill that don’t need to be there.”

“This pilot is an important way to determine if we can divert more organic material from landfill using modifications to our existing street litter bins that are easy for Toronto residents to understand and use.”