The Left-Turn Calming Pilot is a program that aims to proactively reduce the risk of left-turn collisions at signalized intersections. It is one of the several measures in the City’s Vision Zero toolbox that are intended to eliminate traffic-related injuries and fatalities.

Left-turn collisions at signalized intersections are among the most prevalent type of collisions in Toronto that have resulted in fatalities or serious injuries to people walking and cycling – 18 per cent and 8 per cent respectively.

High-speed left turns are particularly an issue at wide suburban intersections where more speed can be picked up as a driver is completing a left turn at a relatively wide radius. There is a large area of exposure for people walking or cycling, driver workload is high judging oncoming traffic in several lanes, in addition to “back pressure” from vehicles behind the turning vehicle. The blind spot caused by a vehicle’s A-pillar (the windshield frame to a driver’s left) compounds the problem. 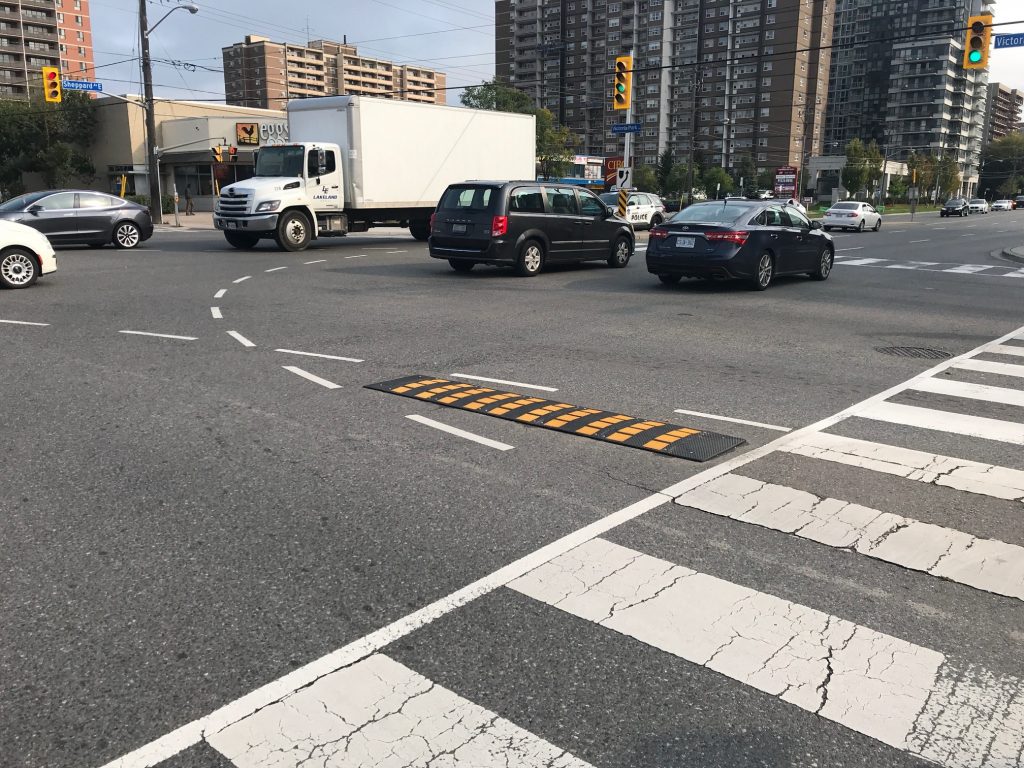 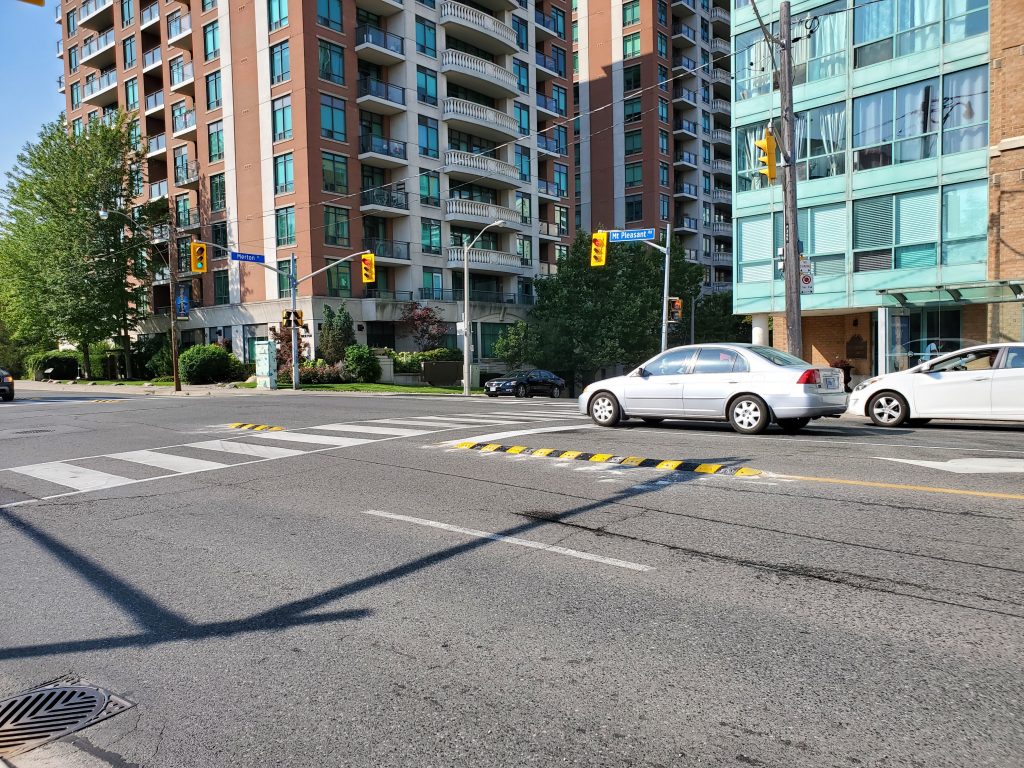 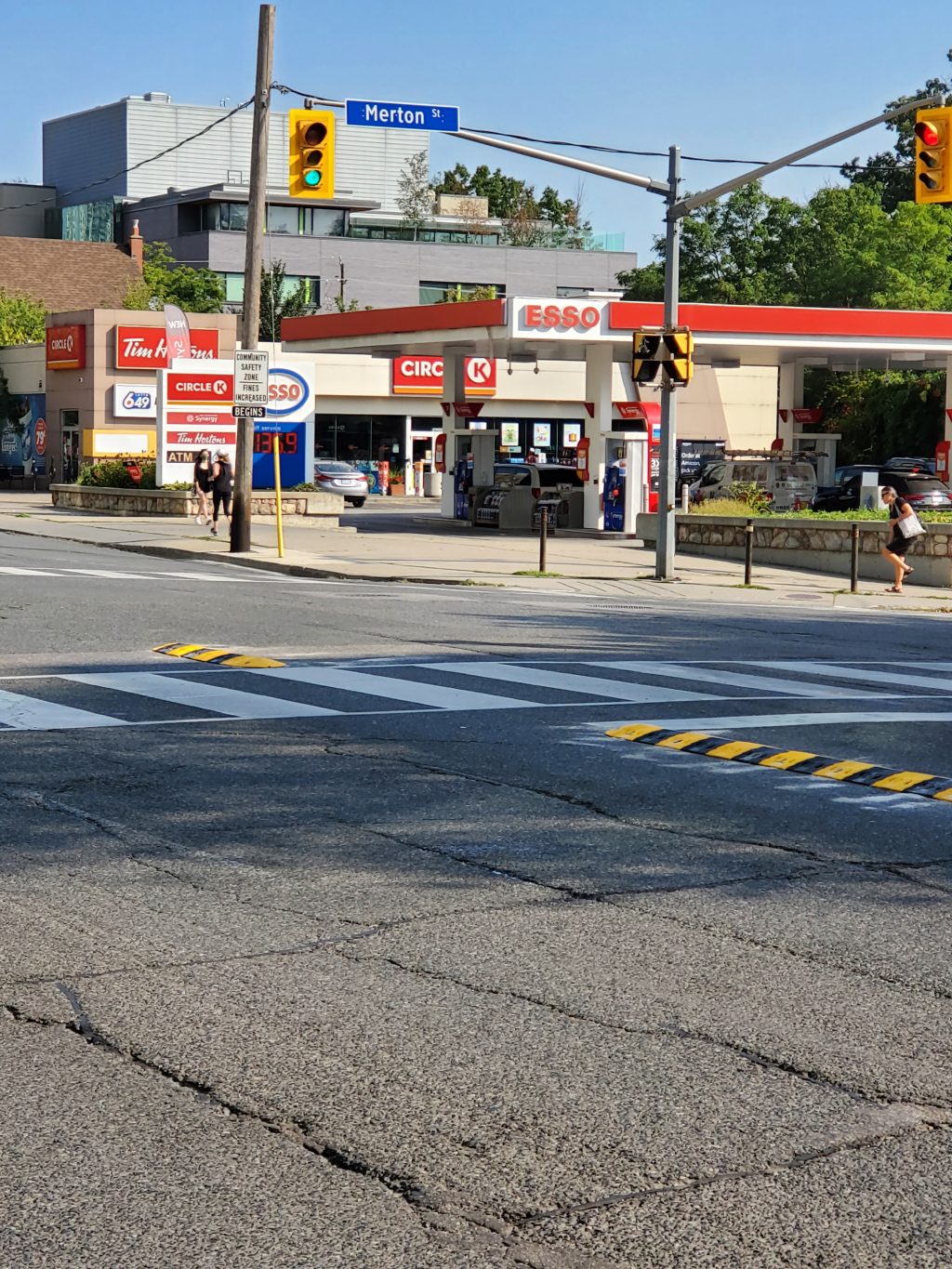 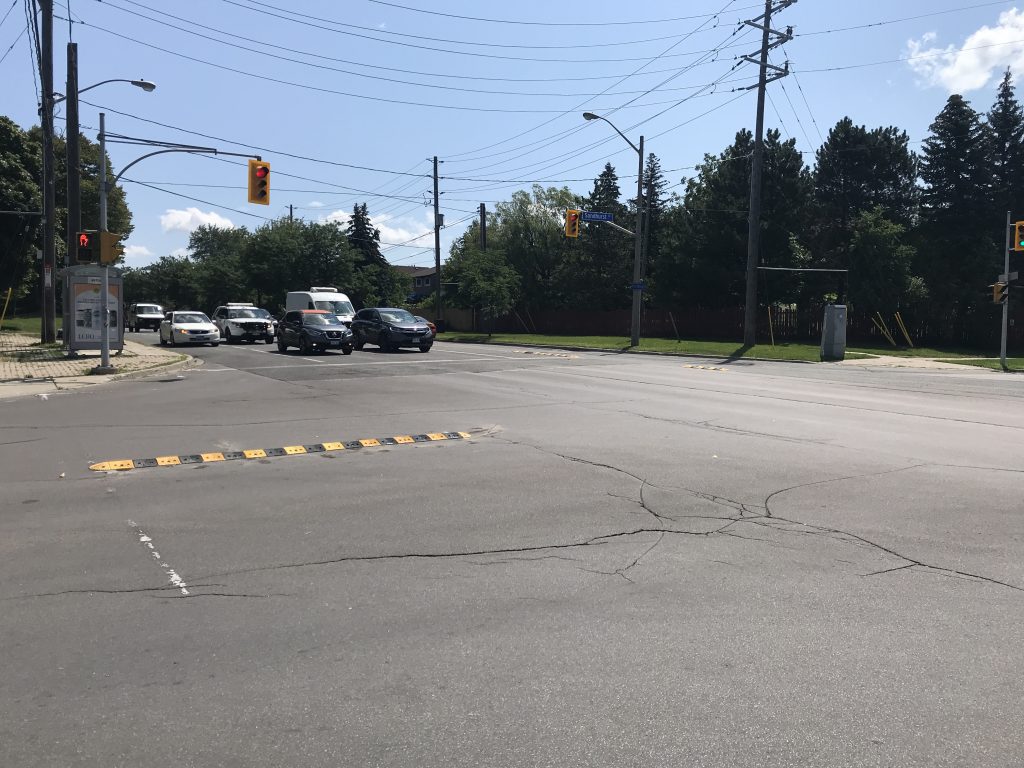 Speed bumps are currently installed at eight initial intersections throughout the City to encourage safer turning behaviour. These simple infrastructure additions “harden” the centerline and encourage drivers to approach the crosswalk at a sharper angle instead of cutting across intersections diagonally, resulting in slower turning speeds and better visibility of people walking and cycling.

In Toronto, Left-Turn Calming Pilot treatments are installed at eight locations that were selected based on collision history, collision severity, and findings of past safety reviews.

The initial eight locations are: